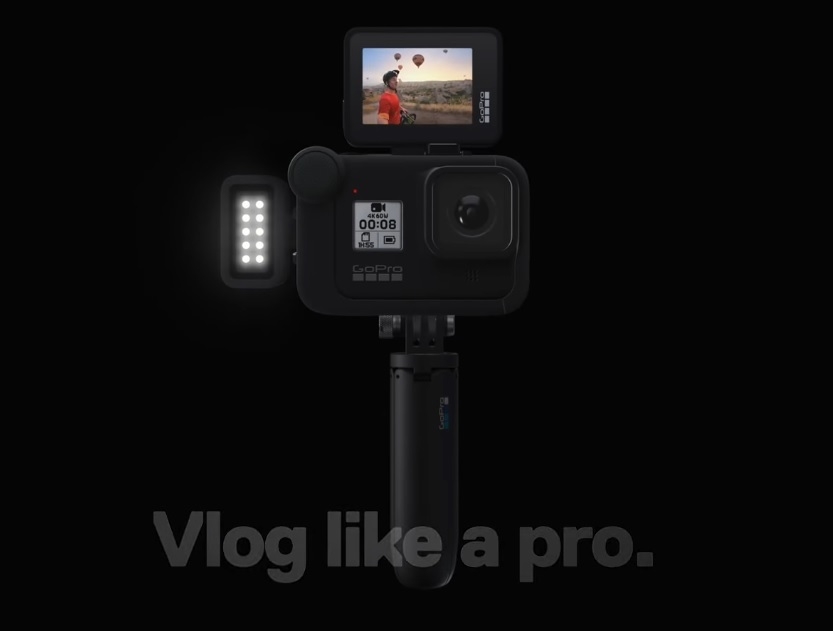 It has been four months since GoPro unveiled HERO8 Black, but fans of the action camera still have some things to look forward to at this point. The company has also announced mod accessories specifically designed for the flagship camera.

There are three HERO8 Black accessories, and two of those are already being sold right now. The last to be released is the Display Mod that is promised to become available for pre-orders before February ends.

As of this writing, though, customers still cannot place orders for the HERO8 Black Display Mod. But they can sign up to be notified once it goes live by only providing an email address. GoPro’s official website still indicates that the pre-order will start in February, so it should be happening very soon.

The Display Mod can only be used with the HERO8 Black since it has to be attached to the Media Mod, one of the three new accessories designed for the camera. The Display Mod will appeal the most to vloggers as it is practically a flip-up display with a 2-inch screen. This way, users will be able to determine if they are still in the frame and that their adventures are well documented for their followers.

There will be a separate built-in and rechargeable battery in the HERO8 Black Display Mod. It will also have its own micro-HDMI connector.

It was reported last week that GoPro had its first major sale on the HERO8 Black after slashing $50 from the original price. Unfortunately, the camera is now back to its regular price of $399.99 and comes with a 32GB SD card.

Those who are new to using an action camera may save more if they avail of the HERO8 Black bundle. The camera will be shipped with a shorty grip, head strap, 32GB SD card, and an extra battery for $449.99. GoPro claims all the items equate to a $50 bonus value.

GoPro gave the HERO8 Black a slightly new by allocating more space to the screen. The camera captures up to 4K60p and features four digital lenses that can capture images in Narrow, Linear, Wide, and SuperView frames.