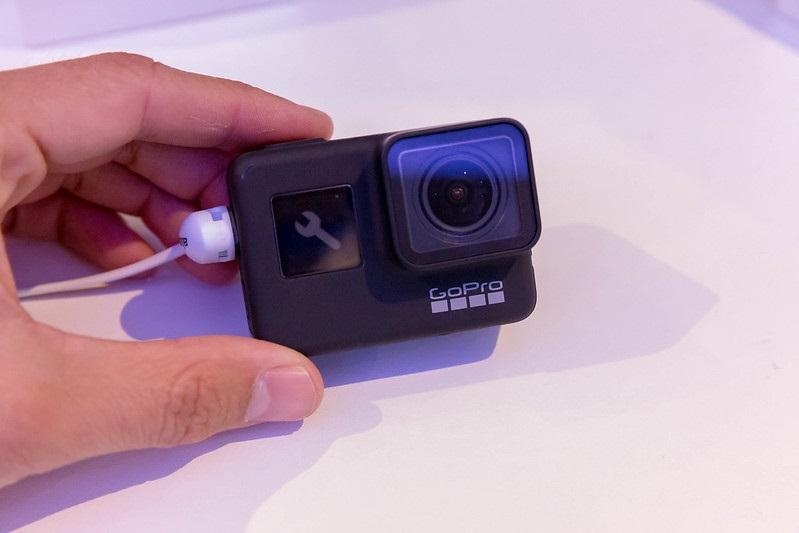 Action camera fans have a piece of new information to look over this week as a photo showing a supposed shell of GoPro HERO 9 leaks online. It supports earlier rumors that the device will follow DJI Osmo Action’s design, but there is one possible caveat.

GoPro has not been too generous in giving away information about its next flagship action camera. However, a small detail from a discovered FCC filing likely pertaining to GoPro HERO 9 has sparked speculations that it would sport a major design upgrade, specifically in the display aspect.

Reddit user u/chrswnd shared a photo of what could be the outer casing of the upcoming GoPro HERO 9. At first glance, the front-facing screen is noticeably larger than the one in HERO8 Black. It is unlikely bigger (or the same size) than the 1.4-inch front display on DJI’s 2019 camera since GoPro appears to maintain its logo’s placement under the screen.

The HERO8 Black did not launch with a dual-screen setup last year, but it was designed to accommodate the Display Mod that GoPro later launched specifically for the camera. If GoPro HERO 9 is eventually be released with a viewing screen on the front, it would be interesting to see if the company would do away with the support for accessory attachments.

The Osmo Action, despite having two displays, has just one touchscreen (the one placed on the rear side). In case GoPro HERO 9 does launch with dual-screen, action camera fans should expect the same.

The release of this kind of information also suggests one thing: the production of GoPro HERO 9 will likely be underway soon. This is not entirely surprising, especially if GoPro is planning to maintain the usual release window of its new action camera.

It is still unclear how the COVID-19 pandemic will affect GoPro’s plans in releasing a new action camera. But if it managed to adjust and keep its familiar timeline, then the rumored GoPro HERO 9 could be announced in fall. Most HERO-branded cameras were launched in either September or October.