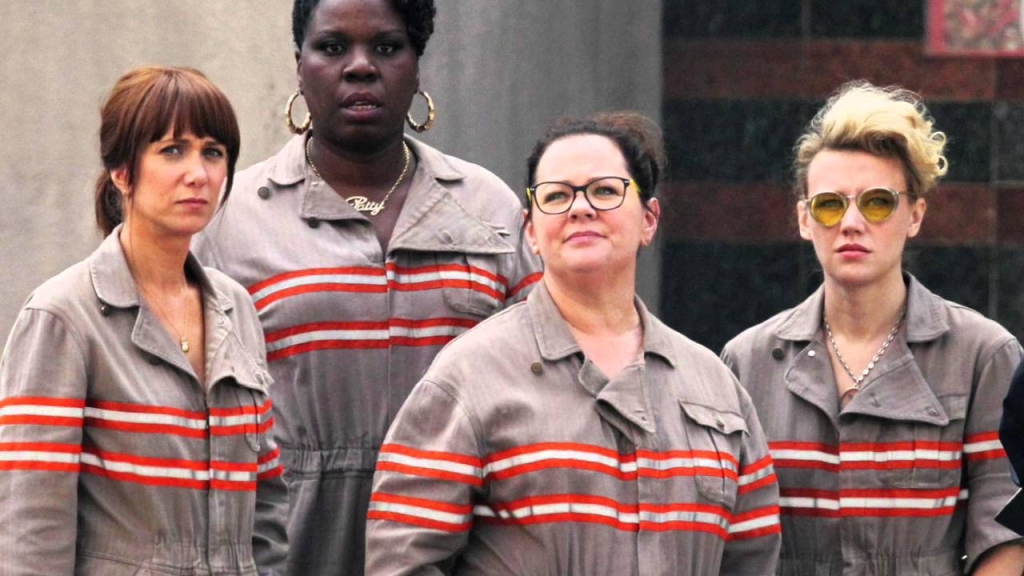 ‘Ghostbusters’ reboot releases its official soundtrack listing. Meanwhile, producer Ivan Reitman is set to spearhead a planned animated television series for Sony. It is scheduled to premiere on 2018.

According to Digital Spy, the upcoming reboot’s official soundtrack listing has finally been revealed. It will feature tracks from modern day artists as well as Ray Parker Jr's classic theme from the original movie.

The 14-song soundtrack features brand new songs from One Direction star Zayn Malik, Wolf Alice, and 5 Seconds of Summer. It also features a collaboration track between Fall Out Boy and Missy Elliot called “Ghostbusters (I’m Not Afraid)” as well as one with Mark Ronson, Passion Pit, and A$AP Ferg titled “Get Ghost”.

Ray Parker Jr.’s classic “Ghostbusters” track closes the soundtrack. His song was the theme for the 1984 film starring Bill Murray, Dan Aykroyd, Harold Ramis, and Ernie Hudson. The track was nominated for Best Original Song at the 57th Academy Awards presented at Los Angeles on March 1985, but lost out to Stevie Wonder’s “I Just Called to Say I Love You”.

The new film stars comediennes Kristen Wiig, Melissa McCarthy, Kate McKinnon, and Leslie Jones as the main protagonists. Chris Hemsworth will take on the role as their male secretary. Casting proved to be controversial for purist fans of the cult franchise.

However, Aykroyd expressed his support for the new film’s gender-swapping concept. According to NME, he said, "As originator of the original: Saw test screening of new movie. Apart from brilliant, genuine performances from the cast both female and male, it has more laughs and more scares than the first 2 films plus Bill Murray is in it! As one of millions of man-fans and Ray Stantz, I'm paying to see that and bringing all my friends!”

The original ‘Ghostbusters’ film was deemed a critical and commercial success, earning $295.2 million worldwide against a $30 million production budget.

Meanwhile, director Ivan Reitman is set to produce a planned animated television series based on the films. According to io9.com, Sony announced that the series will begin airing sometime in 2018.

Sony’s press release stated, “A brand new animated television series, GHOSTBUSTERS: ECTO FORCE, will further expand the Ghostbusters cinematic universe and focus on a new generation of Ghostbusters in the year 2050 who capture ghosts around the world with help from local teams—and some very cool gear! The younger-skewing Sony Pictures Animation project is being creatively spearheaded by Ivan Reitman and his production company Ghost Corps. GHOSTBUSTERS: ECTO FORCE is eyeing an early 2018 debut.”

‘Ghostbusters’ is an upcoming comedy and science-fiction film directed by Paul Feig. It is scheduled to premiere on July 15, 2016 in the United States.