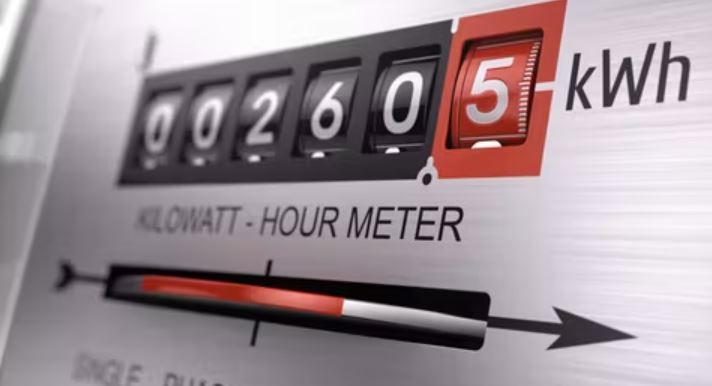 Yesterday the Australian Energy Regulator increased the “default market offers” that apply to electricity retailers in New South Wales, South Australia, Queensland by 8% to 18%, depending on type of tariffs and location.

The day before, Victoria’s Essential Services Commission announced the default offer for Victorian consumers will increase by 1% to 5%, depending on tariff type and location.

These increases point to very serious issues within Australia’s electricity market. We may be in the early stages of an energy price shock comparable to the 1973 oil price crisis.

First, let’s summarise why retail electricity prices are rising. In short, the cost of generating power from coal or gas – which accounts about 70% of the electricity Australians consume – is soaring due to international events.

The short-term market price of black coal (used for about 70% of coal-fired generation) is now about five times higher than its long-run (ten year) average. One coal miner, New Hope Coal, says these are “record highs”.

Similarly the short-term price of gas has risen to levels never seen before in Australia – about four times its long-run average.

These price hikes have driven the prices in wholesale electricity markets to extraordinary levels. For example, the average wholesale price in the southern and eastern states in the period since April 10 (when the 2022 federal election was called) and yesterday has increased by 409% compared to the same period last year ($346 per megawatt-hour (MWh) versus $68 per MWh).

These wholesale prices flow through to the “offers” that retailers make to customers.

If wholesale prices have increased so much, you may be wondering, why are the changes in retail “default” offers so small?

This can be explained by the evidence that, in practice, default offers have not been the “fair priced” offers that policy makers had perhaps intended them to be. Rather they have offers that have been among the most expensive in the market.

In fact, the Victoria Energy Policy Centre has forthcoming research showing that over the past two years any Victorian customer randomly selecting an offer was likely to have paid less than the default offer. Astute customers could have paid 30% less. Few customers are supplied on default offers.

Such discounts are disappearing as I write. As surging wholesale prices flow through into retail markets, the cheap offers are being removed from the market. So, most customers will increasingly find their retailers raising prices much more than the increases decided by regulators for the default offers.

In many cases retailers may well raise their prices above the level of the default offers, as they are entitled to do.

The retailers most likely to be affected by surging wholesale prices are the small retailers who do not produce the electricity they sell. Such retailers should really be called “re-sellers”. Most of the electricity they sell has been produced by the generation arms of one of the big retailers. Historically these “re-sellers” have offered the cheapest deals - and driven innovation - in order to lure customers away from the big retailers.

Effective competition is enormously valuable. I don’t need to know much about power tools to get a good deal if I can be confident it’s a competitive market. So to in the electricity market.

What should customers do?

First, search for better offers than the default offers. It may be a good move to lock in an offer with decent discounts for a reasonable length of time (a year or more).

Second, reduce wasteful consumption where you can.

Third, take any opportunity to self-supply from rooftop solar (and ideally have batteries to store for later use). 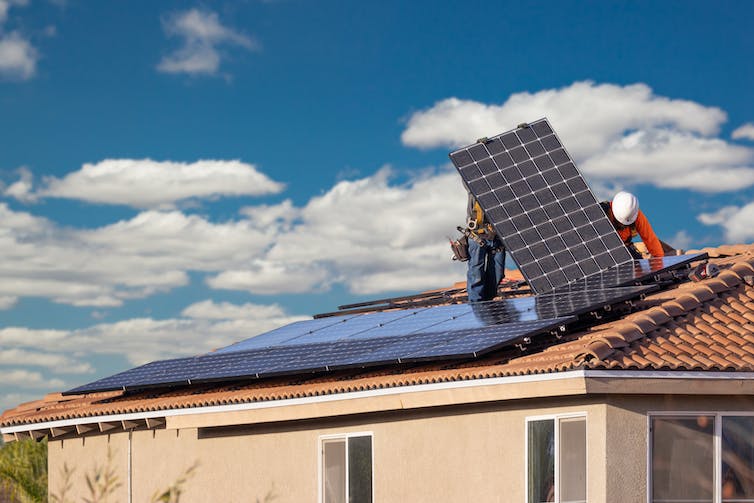 There has never been a better time to generate your own electricity. Shutterstock

What now for Australian regulators?

Developments in Britain indicate what may be in store for Australia.

In Britain, average electricity prices in 2021 were 36% higher than in 2020. In April the UK energy market regulator increased retail prices by a further 54%. Further increases in the range of 30%-50% are likely in July.

In the year to February 2022, about half of all Britain’s electricity retailers exited the market or were put into administration, affecting about one in six customers. These failures are likely (at least in part) due to retail price caps lagging surging wholesale prices. The UK regulator is now considering setting price caps every three months, instead of every six months.

Unless wholesale prices fall back again soon, expect Australian regulators to also have to reset default offer prices sooner than in a year’s time.

If we see increases of the order of those in Britain, greater financial help for those in need must obviously be a priority.

The only good news in this is that surging generation prices will make investment in new generation much more attractive. As the saying goes, the best cure for high prices is high prices – though this is not a message any customer wants to hear, or any politician wants to say.

Navigating the coming storm to minimise the adverse impact on taxpayers and consumers, but maximise the positive impact for investors in renewable generation and storage, will test the mettle of the states and the new federal government.

Bruce Mountain does not work for, consult, own shares in or receive funding from any company or organisation that would benefit from this article, and has disclosed no relevant affiliations beyond their academic appointment.