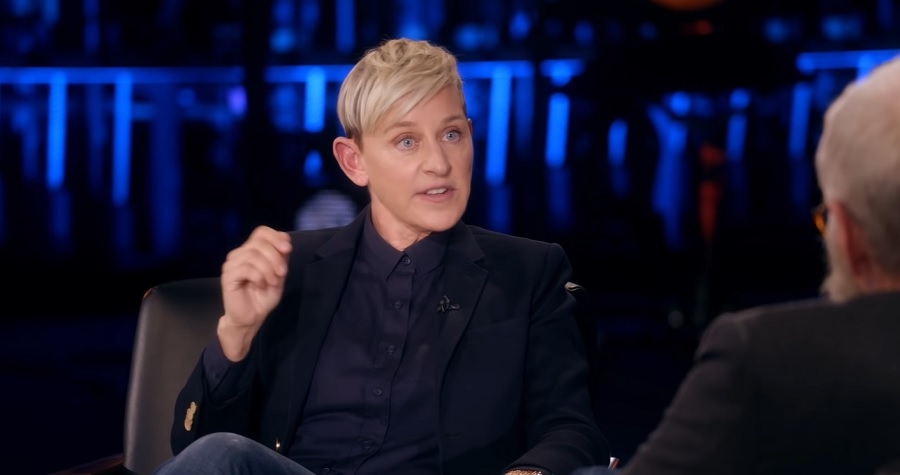 Ellen DeGeneres in a promo clip of "My Next Guest Needs No Introduction With David Letterman." | Photo by Netflix/YouTube screenshot

Ellen DeGeneres and Portia de Rossi just celebrated another milestone in their marriage. They just celebrated their 11th wedding anniversary and let their millions of followers online shared that special occasion with them.

Ellen and Portia are some of the Hollywood couples who have been together for a very long time. Despite not addressing relentless divorce rumors, they have the best response to such reports by showing fans how far their relationship has come.

Last week, Ellen allowed her fans to celebrate her 11th wedding anniversary with Portia by sharing a loving message and a photo taken from their wedding day. The talk show host's caption was short but reaffirmed that their marriage is going strong through the years.

In the caption, Ellen called Portia, her favorite person along with greeting here a happy anniversary. The photo has since been liked by over 2.8 million fans while thousands of people commented on greeting the couple.

Over the years, Ellen and Portia have been the subject of various rumors that mostly suggest their marriage is on the rocks. There have been claims they are leading separate lives and even arguing about having babies.

Fans may be wondering why they do not seem to address any of it. Their silence does not mean those were true. In fact, none of those claims ever panned out.

However, it can be recalled that Ellen and Portia both said in previous interviews that it was their deliberate decision to not pay much attention to such stories based on anonymous sources.

In 2015, Ellen said in the Howard Stern’s SiriusXM radio program that she has decided long ago to stop reading tabloid reports and that she does not even have a publicist. She added how she does not understand why stories would be made up about her and Portia and said, "We really don't almost break up, we don't fight, we're madly in love, and I guess it's boring.”

However, both Ellen and Portia agree there is one positive take away from the rampant publishing of divorce rumors. That is the public has changed its views towards lesbian couples. “For a while, no one cared about us, and we thought, 'Oh, lesbians aren't worthy of tabloid stories,'" Ellen explained.