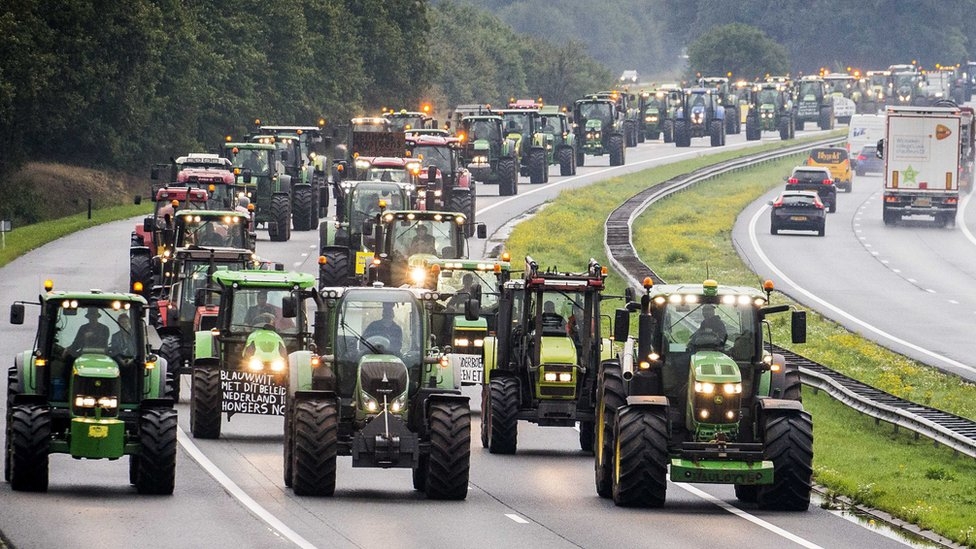 Dutch farmers have protested by using tractors to block roads and bridges and surround supermarkets.

Farmers in Holland have been increasingly protesting the new Dutch government's environmental rules that they believe will force some of them out of business.

With the Dutch government seeking to reduce nationwide emissions of nitrogen, ammonia, and other pollutants by 50 percent by 2030, farmers will face limitations ranging from how much nitrogen can be in their fertilizer, to how much protein can be fed to their animals.

With the emissions targets, the Dutch government admitted that not all farmers can continue their business.

Dutch farmers have protested by using tractors to block roads and bridges and surround supermarkets, clashing with police outside the home of the cabinet minister responsible for the emissions policy, and dumping manure on a nearby street.

In support of the farmers, fishermen have blockaded ports. On June 28, a large group of farmers and two cows gathered in The Hague, the nation's administrative center.

The farmers claim that other polluting businesses won't have to make such significant changes and that agriculture is being unfairly singled out.

The measure's proponents respond that pollution must be controlled, particularly from farms with high livestock-to-land ratios.