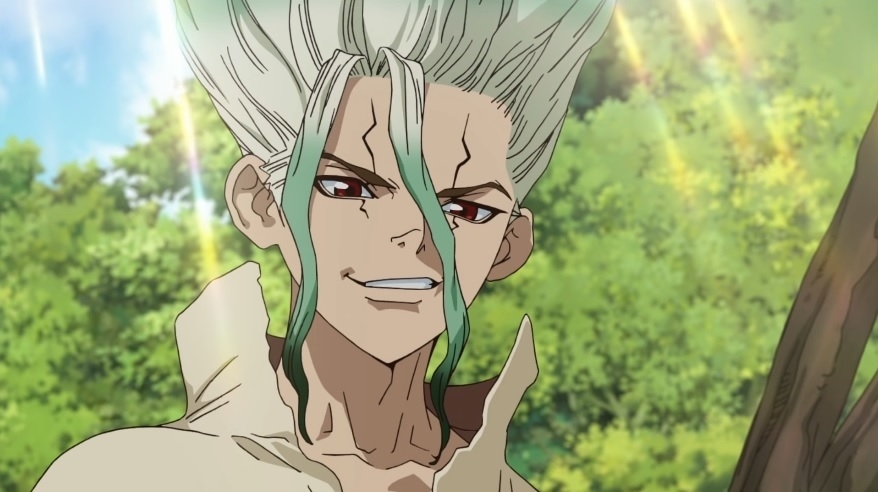 From the trailer of “Dr. Stone” season 1 | Photo via Crunchyroll Deutschland / YouTube screenshot

“Dr. Stone” chapter 177 leaks have just made its way on the internet as of this writing and it appears to introduce a new character, who will immediately play an important role. He happens to have enough technical knowledge to understand the Petrification Device and even make it work.

The next chapter will open by showing the wreckage of the planes from the last installment. Xeno’s subordinates are over the phone reporting to Brody, who will then find it amusing that Senku used sugar to destroy the aircraft. Stanley will instruct Maya to fix the planes with Brody guiding her remotely in “Dr. Stone” chapter 177. This means the people in the Perseus are still on their way to follow Xeno.

However, most of the scenes shown in the leaked scans of “Dr. Stone” chapter 177 are set in Corn City where a boy is "depetrified." Brody will then work with the new character, who they will ask to observe the Petrification Device now that they know it needs to be fixed. The new boy genius acts aloof around girls, but also means business once he starts working.

He demands that no one distract him while he looks into the Petrification Device. As he looks into it through a magnifying glass, he will comment that the insides of the Medusa resemble that of a wristwatch. It has many different parts with very specific roles, and losing just one of them will stop it from working.

Further into “Dr. Stone” chapter 177, he appears to be putting in a misplaced tiny part back into the Medusa. The device is then surrounded by a very dark light. This is also where the chapter ends, but it appears that the new character is successful in fixing the Medusa as he appears to have been petrified again.

“Dr. Stone” chapter 177 is fittingly titled “Medusa Mechanism,” according to the leaked scans. Of course, fans should take these leaks with a grain of salt until the official copy is released in a few days. “Dr. Stone” chapter 177 will be available to read for free through Manga Plus and Viz Media on Sunday, Dec. 6.