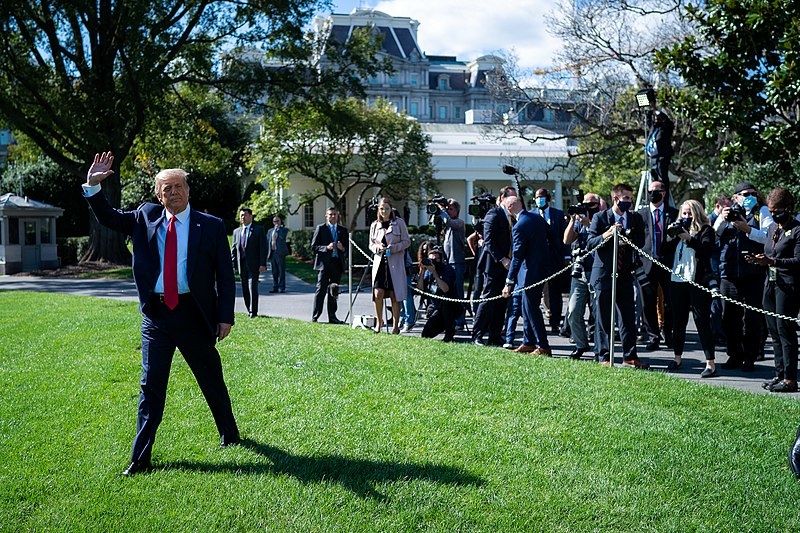 This second presidential debate between Donald Trump and his Democratic challenger Joe Biden was originally going to take place this week but was cancelled out of safety concerns. Instead, the two candidates are to have separate town halls which will take place at the same time.

NBC announced that they will be hosting a town hall for Trump on Thursday, October 15. At the same time, Biden will be having his own town hall hosted by ABC. Trump’s event will be at Miami, which is where the second of three debates between the two candidates were supposed to take place. He will be meeting with Florida voters and answering questions about issues that can influence their vote for him weeks until the elections in November.

The network in charge has also revealed that their venue will be an open space in accordance with the safety regulations and guidelines put in place by the officials and health experts. Trump and the town hall moderator Savannah Guthrie will be socially distanced, as will the voters who will be present at the event. NBC has also released a statement giving Trump clearance to attend after his case was reviewed by Dr Clifford Lane and infectious diseases expert Dr Anthony Fauci.

The Commission on Presidential Debates called for a virtual second debate instead. Their decision came after Trump tested positive for COVID-19 days after the first debate along with his wife, first lady Melania Trump. However, Trump refused to do a virtual debate, insisting that it be done in-person. Both the Biden and Trump campaigns were unable to reach an agreement, which led to its cancellation.

Meanwhile, a long-running mysterious probe by federal prosecutors into the money coming from an Egyptian state bank may have financed Trump’s donations to his own election campaign just days before he won the 2016 elections. The probe had long looked into Trump’s financial ties and prosecutors have raised suspicion that there is a link between the Trump campaign and the Egyptian bank but a connection had yet to be made, according to people knowledgeable in the matter.

A court filing filed in September revealed that when Robert Mueller’s special counsel office closed down in 2019, the probe remained open. Mueller then transferred the investigation to prosecutors in Washington. However, the probe was ultimately closed in July following advice from the FBI and career prosecutors.