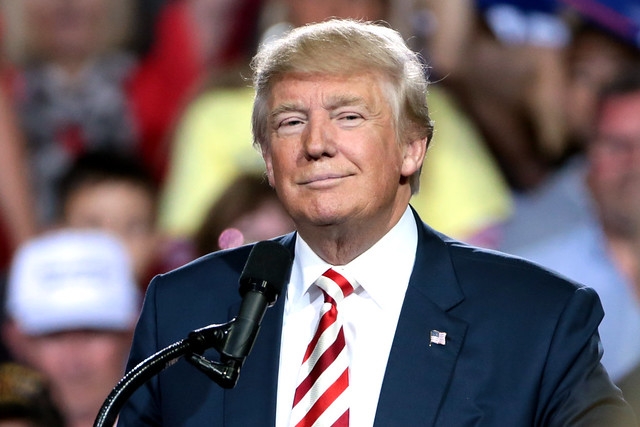 Donald Trump revealed on Wednesday that he was able to speak to Pope Francis and French President Emmanuel Macron and expressed his condolences for the Notre Dame Cathedral fire. The President of the United States said that he also offered to help with the rebuilding of the damaged landmark as they may have some of the expertise needed for its restoration.

Donald Trump let the people know about his actions through social media. On Twitter, he wrote,

“Just had a wonderful conversation with Pontifex Francis offering condolences from the People of the United States for the horrible and destructive fire at Notre Dame Cathedral.”

The POTUS added, “I offered the help of our great experts on renovation and construction as I did in my conversation yesterday with President Emmanuel Macron of France. I also wished both Pope Francis and President Macron a very Happy Easter!”

France’s President Macron vowed to repair the Notre Dame Cathedral and bring it back to its original state, as much as possible. He set the deadline to five years for the 850-year-old Gothic cathedral to be completely repaired.

Now, just a day after Macron called out to the people worldwide to help rebuild the Notre Dame Cathedral, pledges roll in non-stop. Billionaires and well-known companies in the U.K. and the U.S. pledged millions and at this time, the collected donations are already close to a billion euro. More organizations are stepping in to help and people are setting up their own fundraising campaign for the gutted famous church in Paris.

The New York Times reported that the amount is already about €845 million or approximately US$950 million. While Donald Trump offers expertise, many of the American citizens and businesses are pledging money so that the almost millennium-old church could restore the beauty and history that it was known for.