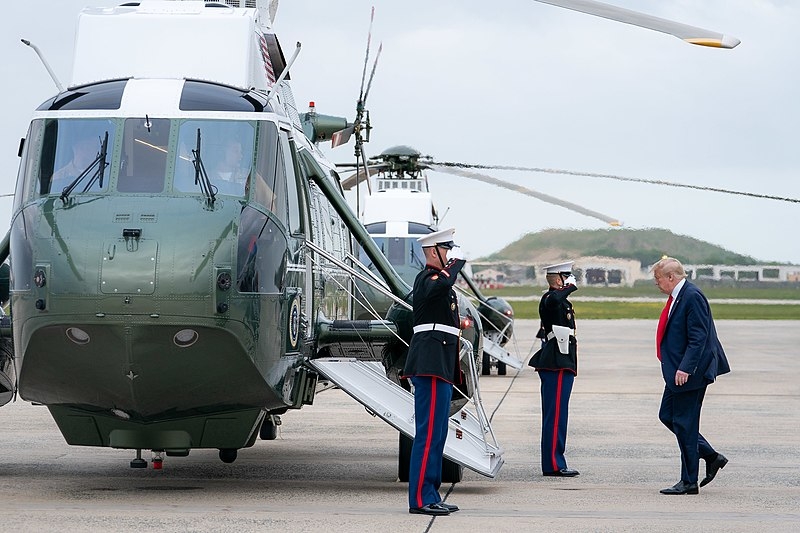 The coronavirus pandemic in the United States has seen over 1.6 million cases with the death toll approaching 100,000. Despite the rising numbers, many Americans were outraged as President Donald Trump was seen playing golf.

Trump spent his weekend playing golf at the Trump National Golf Club in Sterling, Virginia. This is in spite of the rising number of cases in the Washington D.C. metropolitan area including northern Virginia. Trump was once again seen mask-less despite the advice of public health officials to wear a face mask in places where social distancing could not be upheld. The President has often faced backlash for not wearing or refusing to wear a face mask when he visited several factories in the country as of late.

Although Trump was also seen driving his golf cart around the course alone, he was playing with three other people. None of them were wearing masks. Dr. Deborah Birx, a member of the White House coronavirus task force, said that given that there are safety precautions in place, golf is a smart way to engage in outdoor activity. However, many Americans were furious and according to White House pooler John Fritze, some showed up with protest signs against the President, as the coronavirus death toll approaches 100,000. It is currently at over 97,000.

One user commented, “Trump golfs as America dies,” while others pointed out that Trump could have visited a place of worship after pushing for churches to be reopened, or he could have visited families of military veterans or honor the Americans who have died from the pandemic but instead chose to play golf. Radio personality Dean Obeidallah also noted the millions of Americans who are facing unemployment due to the pandemic, as well as statistics of people who are unable to afford food for their children at this time.

This has caught the attention of former vice president Joe Biden, who then criticized Trump through his new campaign ad. Biden shared the 30-second clip showing Trump playing at the golf club, paired with footage of people being carried on stretchers and healthcare workers at the front lines trying to keep the pandemic under control. “Nearly 100,000 lives have been lost, and tens of millions are out of work. Meanwhile, the president spent his day golfing,” tweeted Biden.