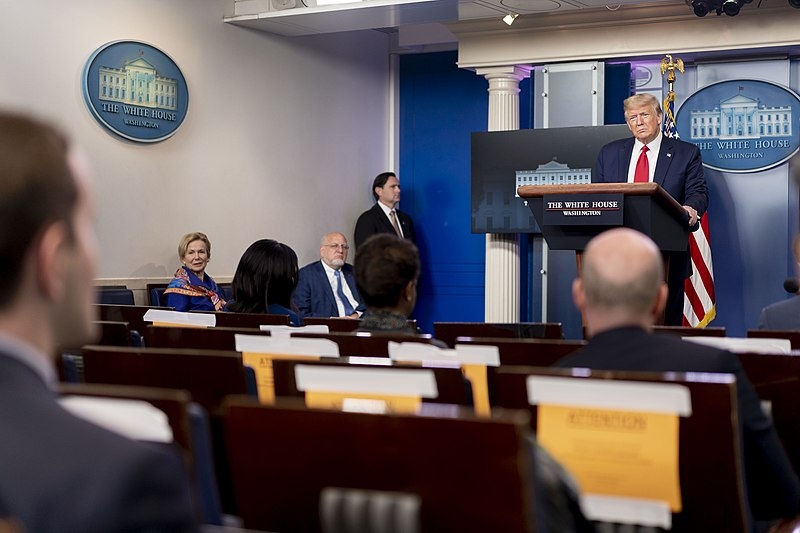 President Donald Trump took to the podium for the latest White House briefing regarding the coronavirus crisis in the country. Trump revealed that over two million coronavirus tests were done.

As reported by CNN, Trump said that over two million tests for coronavirus have been done, noting that the tests were accurate and very sophisticated. Trump has boasted about the numbers that appear to surpass South Korea’s since March, making the United States the highest number of tests done. However, in terms of tests per capita, which is the measure that epidemiologists use to compare between countries, the United States remains behind as the country’s population is bigger.

The constant criticism towards the Trump administration regarding the coronavirus is their slow initial response. Many from both sides have accused the administration of failure to reduce the speed and the scale of the pandemic once it hit American soil. As of today, the United States has the highest number of cases at over 400,000 with over 15,000 deaths. Even though testing has increased nationwide, the labs are struggling to keep up with the backlog of tests that need to be analyzed.

In related news, the pandemic has forced the majority of Americans to stay indoors under the social distancing guidelines to slow the spread of the coronavirus. Schools have also suspended their classes or transferred to digital platforms in an effort to continue the school year at this time. Trump also announced during the briefing that the student loan payment suspension may extend past the initial six months.

“Previously, we waived student loan payments for six months...we’ll discuss it after that, may go further,” said Trump.

The initial six-month suspension of student loan payments was the result of the $2 trillion CARES Act, the stimulus package that was developed to offset lost jobs and businesses that were forced to suspend operations due to the lockdown.