Donald Trump revelation: POTUS says military will be 'mobilized' to distribute coronavirus vaccine by the end of the year 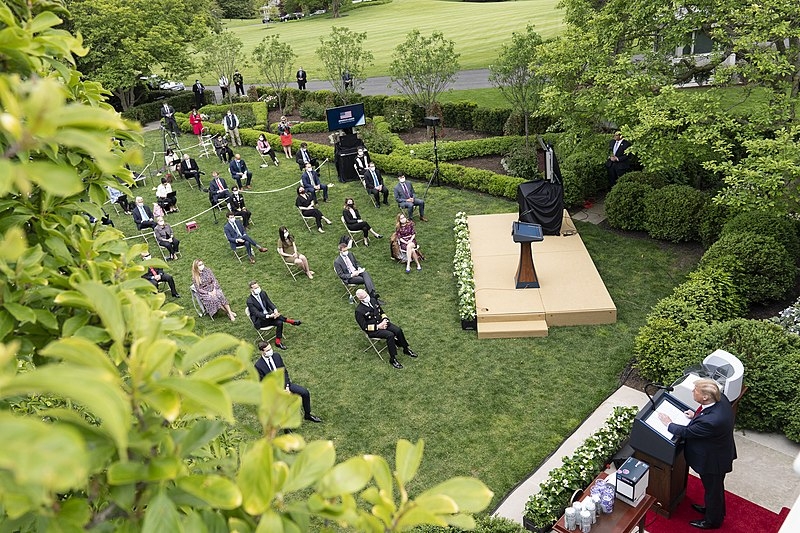 The United States has been hit hard by the coronavirus as it brings the confirmed cases up to over 1.4 million, with the death toll rising just as much as it is approaching 86,000. President Donald Trump has since given some assurance that the military would be deployed to distribute the coronavirus vaccine once it is ready.

Scientists are currently scrambling and doubling down efforts to develop or formulate a vaccine as the pandemic affects the world. In an interview with Fox Business, Trump revealed that his administration is planning to mobilize the military to be able to quickly distribute the coronavirus vaccine, assuming that it would be ready by the end of the year. Trump explained that not being able to plan for vaccine distribution could result in Americans not being able to receive it.

Infectious diseases expert and White House Coronavirus Task Force member Dr. Anthony Fauci has previously revealed that the first phase of the clinical trials has already been conducted. Dr. Fauci also revealed that the second phase of clinical trials should take place by late spring or early summer or late fall or early winter this year. With this in mind, the health expert shared that he expects the officials to be informed of the results of the trials.

During a hearing at the Senate, Dr. Fauci explained that the United States will “proactively” start production of the vaccine should the first phase of clinical trials prove to be a success. Trump has since said that his administration is set on making sure that there is a sufficient supply of syringes available to administer the vaccine.

At the same time, Trump has pinned the blame on China over the past few months for being the cause of the pandemic. The President has also held on to the theory that the virus originated in a lab in Wuhan, a claim that has since been refuted by Dr. Fauci. During the interview, Trump also revealed that he does not plan on talking to China’s President Xi Jinping at the moment, even implying that the United States may decide to cut ties with China.

Trump expressed his disappointment with China and the Chinese government’s failure to contain the virus. This has placed a strain on the previously signed trade deal between the two nations back in January.