Donald Trump revelation: POTUS says funding cut for WHO may be permanent 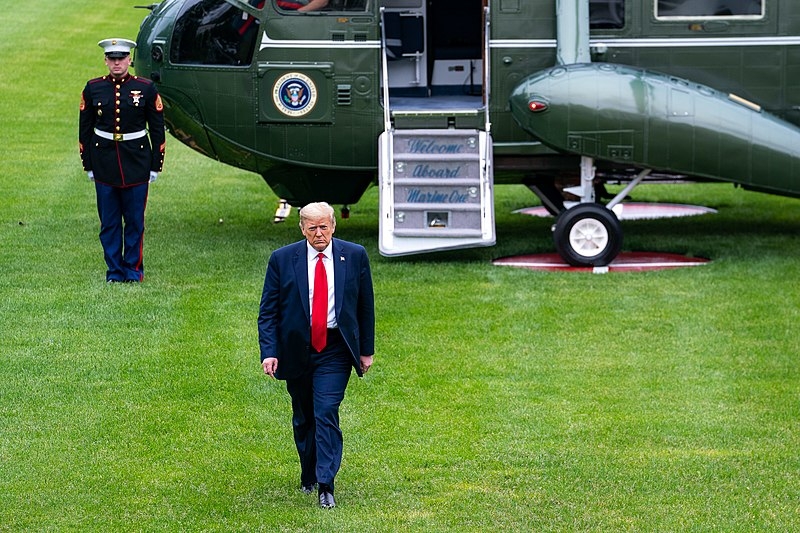 Over the past several months, President Donald Trump has not viewed the World Health Organization positively and has publicly announced that the United States will suspend funding of the health body. Now, Trump has threatened to permanently cut funding.

Politico reports that Trump tweeted a few images of the letter issued to the WHO, criticizing the organization for its handling of the coronavirus pandemic. The United States is among the countries that have been hit the hardest by the pandemic, as the death toll has already gone up to over 90,000 in recent days. The letter also stated how the WHO failed in acting quickly towards the early stages of the outbreak, and even reiterated remarks that Trump made previously, about the organization’s supposed bias towards China and supposedly ignoring advice from experts.

The letter also stated that the WHO failed to declare an emergency due to the pressure from the Chinese government. Trump ended the letter threatening that the United States will permanently cut funding to WHO and reconsider its membership in the organization should the WHO fail to improve. “I cannot allow American taxpayer dollars to continue to finance an organization that, in its present state, is so clearly not serving America’s interests,” wrote Trump.

Trump’s decision to suspend funding for WHO was met with widespread criticism both locally and internationally, especially as it was done in the midst of the pandemic. Some critics said that this was only Trump’s attempt at deflecting from his own highly-criticized response to the coronavirus.

In other news, Trump recently revealed that he was taking the drug hydroxychloroquine as a preventative measure for the coronavirus. This was also met by criticism from health experts including people in the media, especially as there has yet to be any evidence that the anti-malarial drug could work in the prevention of the virus. Fox News’ Neil Cavuto criticized Trump for taking and insisting on the drug and stressed that it could prove to be fatal for those who are preventing getting coronavirus and those who are already suffering.

Trump attacked Cavuto in response, and retweeted several tweets of Trump supporters calling Cavuto gullible or even “an asshole.” Trump tweeted that Fox News, the channel that often depicts Trump in a favorable light, was not how it used to be.