Donald Trump attacked: POTUS criticized by US allies for halting funding for WHO 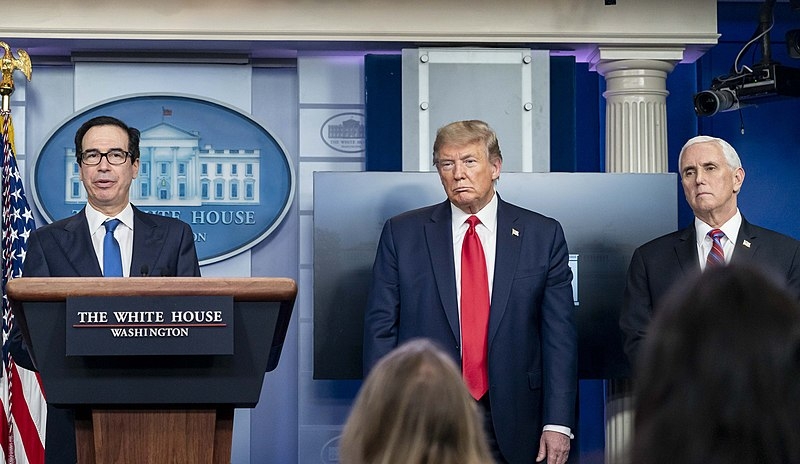 In one of the latest White House briefings, President Donald Trump announced that he would be halting funding for the World Health Organization due to the health body’s supposed mismanagement. Trump’s announcement has since triggered backlash from the US allies.

Reported by The Financial Times, Trump’s announcement that his administration was suspending funding for the WHO has triggered backlash both locally and internationally. Prominent figures have condemned the decision especially as it comes at a time when the world is still struggling to control the coronavirus pandemic. EU foreign policy chief Josep Borrell expressed regret at the news. “Deeply regret US decision to suspend funding to WHO. There is no reason justifying this move at a moment when their efforts are needed more than ever to help contain & mitigate the coronavirus pandemic,” said Borrell on Twitter.

WHO’s director-general Tedros Adhanom Ghebreyesus also echoed Borrell’s reaction while also stating that the organization will be assessing the impact this will have on their work and how they can fill any gaps. “This is a time for all of us to be united in our common struggle against a common threat, a dangerous enemy...When we are divided the virus exploits the cracks between us,” Ghebreysus told the press.

The European Commission has also criticized Trump’s decision. “This is the time for solidarity, not for finger-pointing or undermining multilateral co-operation,” said the Commission. Other European ministers have also agreed, as did the ministers of Russia and Australia.

Microsoft founder Bill Gates also weighed in, saying that Trump’s decision was a dangerous move. “Halting funding for the World Health Organization during a worldwide health crisis is as dangerous as it sounds,” tweeted Gates.

Previously, Trump backtracked on his previous claim that as president, he had total authority to order lifting the nationwide lockdown, overriding the governors’ orders. The US Constitution states that the state governors have the authority to do so, and that the president cannot supersede orders set in place by state governors. This claim has drawn criticism from New York Governor Andrew Cuomo during his interviews.

In the briefing yesterday, Trump stated that he is authorizing every state governor to implement a reopening as well as develop a reopening plan of their respective states.