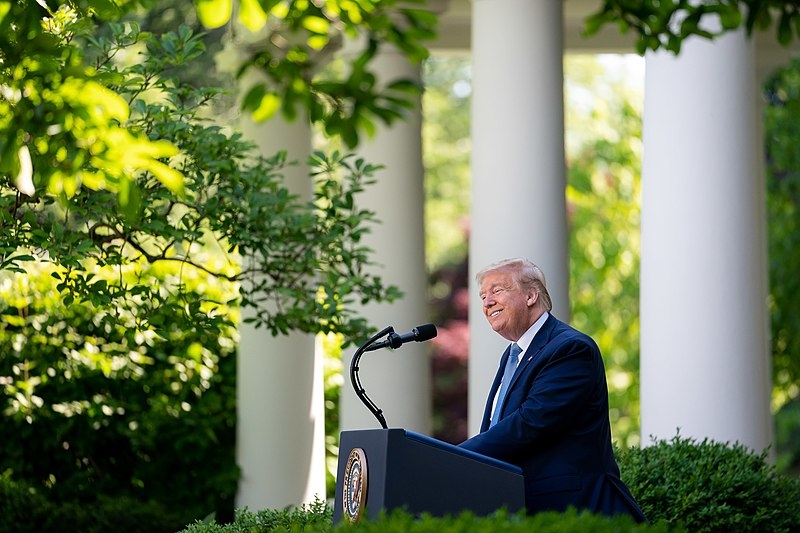 In recent weeks, President Donald Trump has been taking shots at his own predecessor, former President Barack Obama. This “feud” between the two presidents has gone to the extent where Trump refuses to unveil his predecessor’s portrait at the White House.

Business Insider reports that Trump does not want to unveil Obama’s portrait at the White House, breaking a long-running tradition that has lasted for 40 years and honored by Presidents of both parties. At the same time, those who are knowledgeable in the matter reveal that Obama would not want to attend the unveiling either. This may largely be in part of the coronavirus.

It is customary for presidents who are serving their first term in office to unveil portraits of their immediate predecessors. Obama has done this back in 2012, unveiling the portrait of George W. Bush. Obama also praised Bush for his efforts in making sure that the transition from one administration to another was as smooth as possible.

However, this kind of civility may not occur between Trump and Obama. This is especially as Trump has bombarded the former president with many accusations, from supposedly trying to hurt his administration just before his inauguration to committing an unspecified crime that he described as the biggest political crime in the country’s history. Trump has yet to provide details as to what crime did his predecessor actually commit but has since blamed him for many issues such as coronavirus testing.

Obama has usually avoided taking swipes at Trump but the accusations over the past several weeks seem to have forced him to say something. The former president criticized the administration in private in regards to the coronavirus response and without mentioning Trump, criticized him some more in a recent commencement address.

In other news, Trump revealed that he has been taking the antimalarial and lupus drug hydroxychloroquine, the drug he has often pushed during White House briefings regarding the pandemic. This is despite warnings from health experts that there has yet to be evidence that this drug could help treat coronavirus patients or prevent one from catching the pandemic. Experts have also warned that the drug may cause heart problems and there has not been any clinical trial proving that hydroxychloroquine is recommended for coronavirus.