Dismissal of directors: South Africa's law needs clarity on the role of courts 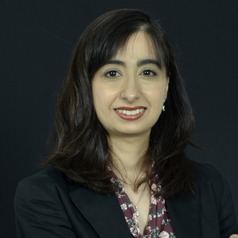 Over eight years ago South African company law gave boards of directors the power to remove a fellow director, provided they do so in defined circumstances. The law also requires them to follow the correct legal procedures. For example, a board may remove a director if the director is incapacitated, convicted of theft or fraud, has neglected their duties, or been derelict in their duties.

But every now and then directors are unfairly removed from office by a hostile board. When this occurs, they face numerous challenges. One of them is that the legal remedies open to them are unclear.

A director who is removed from office is immediately suspended, even if his removal was unfair. He has 20 days to apply to court to “review” the board’s decision, after which he will lose this right. But the review process is not entirely clear and the Companies Act leaves many questions unanswered.

Since the board’s power to remove directors is relatively new in South Africa our case law jurisprudence in this area is still developing. The only case involving the unfair removal of a director reported thus far relates to the state-owned Armaments Corporation of South Africa. The Constitutional Court ruled that the removal of two directors of the Armaments Corporation by the Minister of Defence and Military Veterans was unlawful because the Minister had not followed proper procedures under the Companies Act.

The unfair removal of directors is not unique to South Africa. Other countries also face the same problem. There have been similar cases reported in the UK and the US. However, the statutory remedy under South Africa’s Companies Act, which requires directors to apply to court for review of the board’s decision, is unique to the country’s company law.

Due to the technical legal meaning of the term “review”, it is debatable whether a court can evaluate the merits of the board’s decision. An example is whether the director was indeed neglectful or derelict in carrying out his duties. Another question that arises is whether the court may only examine the procedural steps for the director’s removal, such as whether he was given a reasonable opportunity to defend himself.

A strict reading of the relevant provision in the Companies Act suggests that a court may only assess the procedural steps of the director’s removal. This is worrying as it does not fully protect directors in a situation where the board has abused its powers. The statutory rules are also not clear whether a court can reinstate directors if it finds that their removal was unfair.

For example, a recent Johannesburg High Court judgement found that Old Mutual had unlawfully fired its chief executive officer, Peter Moyo, because the company had not followed proper labour law procedures. It does not appear that Old Mutual took the additional vital step under the Companies Act of removing Moyo as a director of the board when it dismissed him as an employee.

This step should have been taken since the dismissal of an executive director as an employee does not automatically mean that he is no longer a director.

Moyo’s return to work has been met with resistance by Old Mutual, on the basis of a breakdown in relations between him and the board. Old Mutual is now appealing the court’s order.

It is also not clear from the Companies Act whether, in review proceedings, a court may order compensation to be paid to the unfairly removed director. An example of compensation would be board fees.

Petitioning the court to review a dismissal could leave a director with huge legal fees. The Companies Act is silent on which party is to pay the costs of the review application. Presumably, the general principle regarding costs will apply. The convention is that costs are awarded against the unsuccessful party. But courts can depart from this general rule and decide each case on its own merits. At the end of the day, at stake is the issue of fairness to both sides.

It may be comforting to executive directors to know that if their untimely removal by the board breaches their contract with the company, they may claim compensation for loss of office. For example, if a director is contractually appointed for five years but the board removes him without justifiable cause after three years, he may claim compensation from the company for the early removal from office.

If a director suffers harm to his reputation as a result of his unfair removal from office, he could sue the board for defamation. If he proves that the board breached its fiduciary duties in removing him, he may even be able to ask the court to declare the board members delinquent for seven years or longer.

This is exactly what Moyo plans to do.

Abuse needs to be watched

The new power given to directors to remove one of their own must not be abused. The courts must keep a watchful eye on it. To strengthen the review application, it is my view that courts should have the power to examine the merits of board decisions to remove their members. They should also have the power to reinstate the unfairly removed director, and where this is not appropriate, to at least order appropriate compensation.

The right to a review is precious. It is a safeguard against boards abusing their removal power. But, for this process to be fully effective, the legislature must urgently clarify the courts’ role and the assistance they may provide to unfairly removed directors. Directors must have certainty on their right to review decisions to kick them out of office.