‘Cyberpunk 2077’ release date: How to get the very limited RPG-themed RTX 2080 Ti that won’t arrive in stores 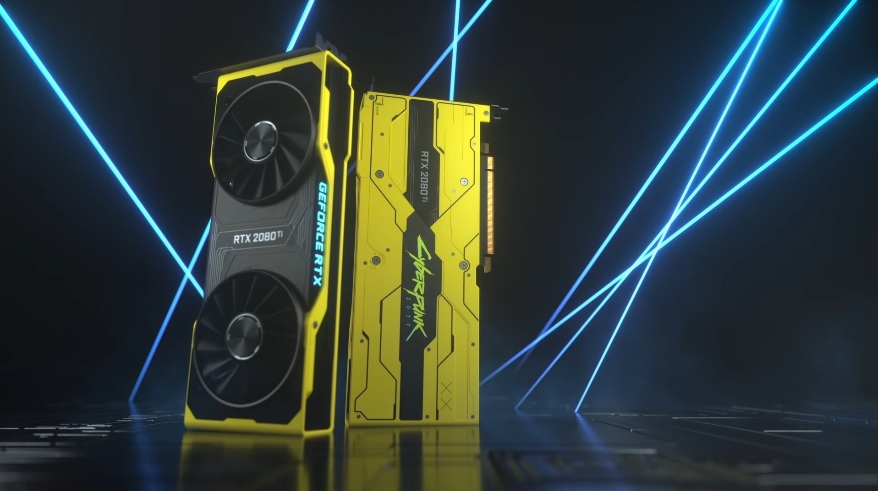 The partnership of Nvidia and “Cyberpunk 2077” developer CD Projekt Red is possibly one of the most significant collaborations in the gaming industry today. It would not be surprising if the hype around it will only grow bigger following the announcement of an ultimate limited-edition graphics cards designed after the role-playing game.

Nvidia announced the GeForce RTX 2080 Ti “Cyberpunk 2077” Edition after a few playful tweets exchanged with the game’s official Twitter account. In its core, the graphics card is based on Nvidia’s Turning architecture and advertised as the first gaming video card to support real-time ray tracing.

That description should be enough for any avid gamer to want to have an RTX 2080 Ti. But the “Cyberpunk 2077” edition is much more desirable for its exterior design and bodywork. The limited-edition GPU is housed in a custom AL5052 aluminum draped in the familiar shade of yellow that fans see in “Cyberpunk 2077” labels.

Here’s the catch: there will only be 200 RTX 2080 Ti “Cyberpunk 2077” Edition that will be released. The even bigger catch is they will not be sold in retail stores. To start, Nvidia announced it will be giving away 77 units of the graphics card, and anyone with Twitter, Instagram, and Facebook accounts can join.

To join the sweepstakes, “Cyberpunk 2077” fans will have to retweet, like, or comment on Nvidia’s posts referring to the promo that with #RTXOn. “Reply to the post you chose by following the prompt and saying something positive about a fellow gamer, tag them, and include #RTXOn in your reply,” Nvidia instructs fans.

People can comment on as many posts as they want. Meanwhile, the remaining “Cyberpunk 2077”-themed graphics cards will be distributed through future promos and auctions for charity.

The richness in the imagery and animations shown in various “Cyberpunk 2077” gameplay trailers only makes a ray tracing-capably GPU much more desirable. But developers have also promised fans that the game is more than visually-pleasing.

CD Projekt Red’s John Mamais said in an interview with OnMSFT that “Cyberpunk 2077” will feature up to 75 “street stories” that are designed like side quests. There is not a very deep narrative to it, but it aims to help players explore the open world features of the game better. “Cyberpunk 2077” has been moved to a Sept. 17 instead of the previously announced April 16.