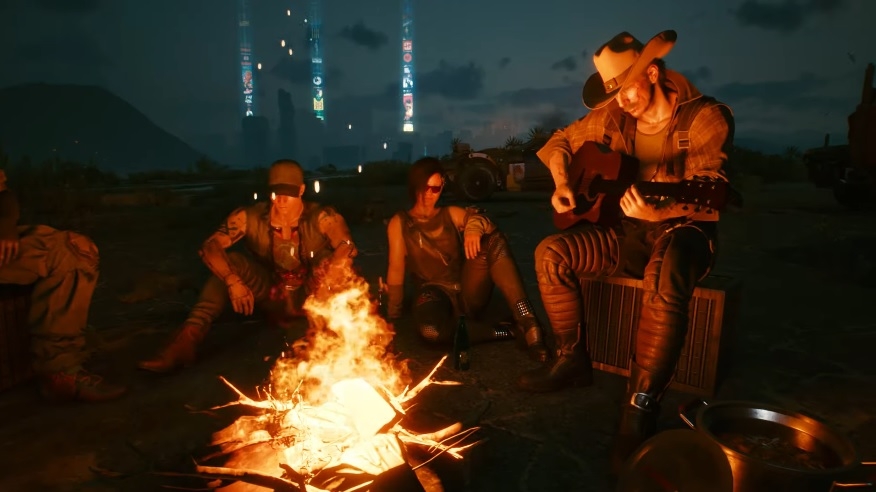 “Cyberpunk 2077” is a few weeks away from its fourth release date, but a short segment of its gameplay has apparently been leaked online. Meanwhile, CD Projekt Red announced the RPG will be released with a feature that will help streamers avoid copyright claims.

It appears that leaks have been inevitable even for the biggest games in the pipeline this year. An online stream has been recently spotted that contains 20 minutes of “Cyberpunk 2077” gameplay.

The video was originally spotted on YouTube but the video has been set to private as of this writing. However, various mirror links where the 20-minute gameplay can be watched are still available on a ResetEra forum. Fans who love leaks should manage their expectations, though. The content in the video is very far from the kind of leaks that were prematurely released for “The Last of Us 2.” The stream only shows a very quick walkthrough from the character customization and some parts of the “Cyberpunk 2077” prologue.

It does not even offer a comprehensive look at character customization. But it shows the first activities “Cyberpunk 2077” players would go through should they choose to play with the Nomad Lifepath. It appears that the leaked gameplay was played on a PS4 system, but does not really reveal some crucial parts of the story.

As a Nomad, the first tasks “Cyberpunk 2077” players would go through include talking to a mechanic and the sheriff. These are followed by a brief exploration of The Badlands, the part of the map where Nomad characters originate. Leaked gameplay is nothing new, especially when the release date approaches as physical copies make their way to retailers around the world. It would not be surprising if videos that reveal more about the plot would emerge online next month.

AAA games in recent years have collaborated with some of the biggest music stars for an official soundtrack. But this also meant that streamers run the risk of including copyrighted songs in their online streams. The good news is “Cyberpunk 2077” developers have an ingenious solution to this to help the content creators.

Worried about copyright issues when streaming or recording #Cyberpunk2077? Don’t be!

We’ve prepared a feature for all of the content creators: “Disable Copyrighted Music”. Just toggle it on and you’ll be ready to go!

CD Projekt Red announced this week that “Cyberpunk 2077” will ship with a “Disable Copyrighted Music” setting. Enabling this option will turn off the music that fits the description making it much easier for content creators to avoid copyright claims and prevent their videos from being taken down.

The “Cyberpunk 2077” release date is currently slated on Dec. 10. It will be available on PC, PlayStation 4, Xbox One. Buying the game on consoles will give players access to free upgrades so they can play it on PlayStation 5 and Xbox Series X/S without paying an additional cost.