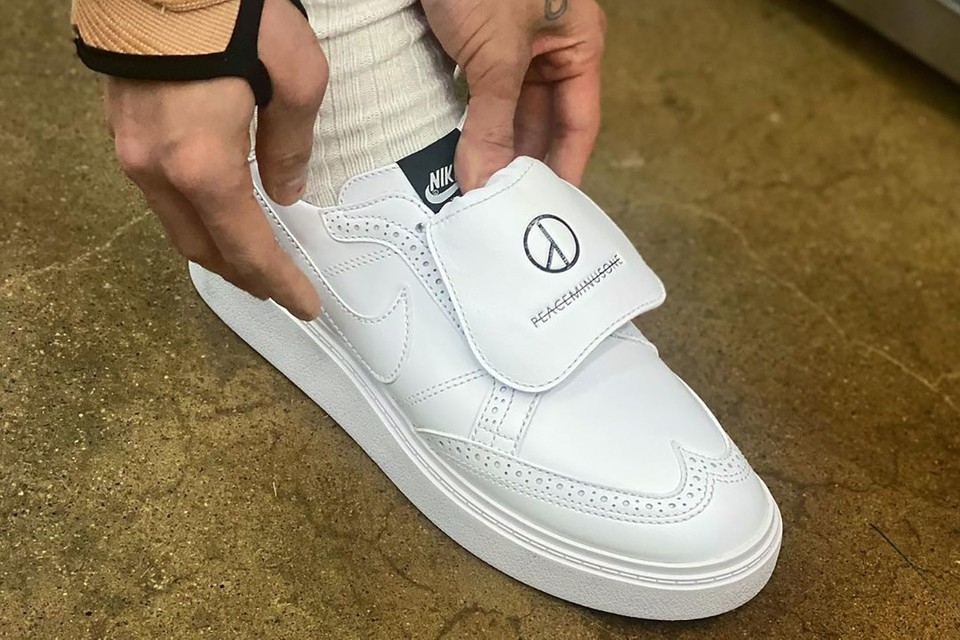 Nike is again collaborating with K-pop icon and rapper G-Dragon for a Taekwondo sneaker called Nike Kwondo1 to be released under the artist's streetwear line PEACEMINUSONE.

The Nike and PEACEMINUSONE logos are embossed on the shoe's fold-over tongue with a daisy embroidered on the heel tab.

The sneaker was named after G-Dragon's real surname "Kwon" and Nike's motto, "Just Do It," while referencing Taekwondo, a Korean martial art and sport.

G-Dragon debuted as a K-pop artist in 2006 as the boy group BIGBANG's leader and has since gone solo and ventured outside of music.

G-Dragon and his longtime stylist Gee Eun launched PEACEMINUSONE in 2016 and have since collaborated with Nike in 2020 and Vogue fashion magazine.