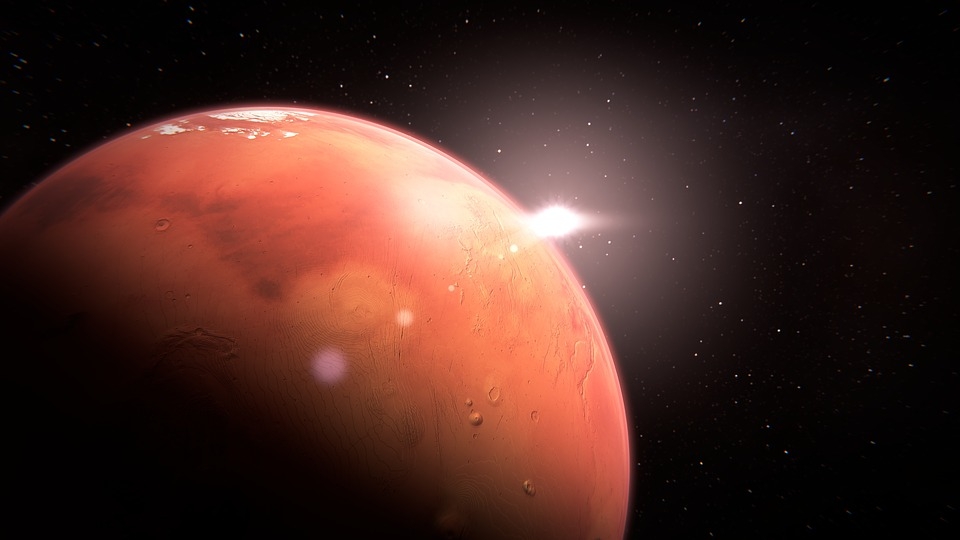 There are a lot of conspiracy theories out there involving extraterrestrial life, the latest among them claims that Mars is holding an ancient alien city. The claim is put forward by conspiracy theorist Scott. C. Waring.

Waring based his arguments on a Mars photo that showed grid-like patterns that seem to resemble the alleged ancient alien city. He even went on to say that one structure seen from above closely resembles the Vatican with its dome-like design.

So is there any truth to the claim? Can an ancient alien city really exist on Mars? Is there any possibility at all of any life-forms on the red planet? Waring seems convinced based on his blog on ET Data Base.

While scientists have long speculated that Mars did hold some form of life billions of years ago, it’s difficult to imagine that a complex life form capable of building an ancient alien city exists on the planet today. One of the reasons why this isn’t possible is due to Mars being incompatible to host a thriving ecosystem.

To be specific, the planet has lost its global magnetic field. For an ancient alien city to thrive on the planet, Mars needs the magnetic field to protect its inhabitants from solar winds, which would otherwise strip away the ozone layer and exposed them from deadly ultraviolet radiation, Space reported.

However, this isn’t to say that any form of life can’t exist on Mars. The scientific community is still trying to find some in the planet on account that there may be a chance that water still exists on some of its regions. And to be fair to Waring, he isn’t claiming that the ancient alien city is thriving on the planet. He only argues that once there might have been.

But even then, the claim is still standing on thin ice. If it’s standing on anything at all, to begin with. Even Waring himself admits in the video below that the ancient alien city might simply be a rock formation. Add the fact that the Mars Rover Opportunity searched for any forms of life for 15 years and found nothing and the claim gets flimsier still.