One of the minors reunites with family and friends in Rote, East Nusa Tenggara, after being released from Australian prison. Antje Missbach, Author provided (No reuse) 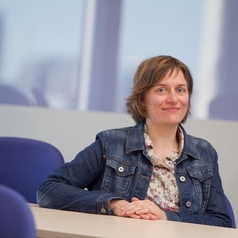 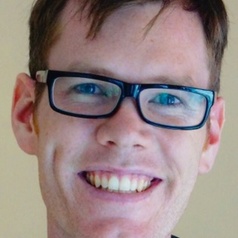 Indonesian and Australian lawyers have taken up the cases involving Indonesian minors who were caught manning boats that smuggled asylum seekers to Australia.

The Australian authorities used to treat many minors like grownups in contravention of their own laws, by detaining the children in adult facilities.

An Australian Senate inquiry back in 2012 found that the wrongfully imprisoned minors deserve compensation, but the lawyers’ efforts to claim this may end up failing if the Australian government continues to resist.

Between late 2008 and mid-2011, the Australian government unlawfully detained and imprisoned hundreds of Indonesian children who crewed boats that smuggled asylum seekers to Australia.

Australian law enforcers sent these children to adult detention centres based on wrist-bone x-rays they said indicated the minors were old enough to be sent there.

Usually those whose scans attested they were underage were given the benefit of the doubt and treated as minors. They were held in juvenile detention facilities.

However, Indonesian children whose scans indicated they were adults were not given any leniency, even if they continued to dispute the test results.

In mid-2011 Australian authorities stopped using wrist-bone x-rays to determine age, as the test is not precise for people who come from low socio-economic backgrounds with poor nutrition, like many of the minors who worked as day labourers on fishing boats in Indonesia. The harsh work conditions and poor diet were reflected in their bones.

This policy adjustment, however, came too late for the hundreds of children whose x-ray tests had indicated they were adults before that time.

This issue is one of many we have examined over the past seven years. We find that Indonesian children are often trafficked into smuggling operations.

In November 2016, Lisa Hiariej, an Australia-based lawyer from Indonesia, filed a lawsuit in the Jakarta Central District Court. In a class action she represented 115 unlawfully detained and imprisoned minors and claimed A$103 million as compensation.

However, the Australian government fought the lawsuit, arguing that the Indonesian court system did not have jurisdiction to try the case.

The Australian government hired private Indonesian law firms to represent it in court. In March 2018, after three closed mediation sessions and public hearings, the court agreed with Australia’s lawyers that it did not have jurisdiction.

Hiariej has appealed the ruling to the Jakarta High Court. If she still fails, she will probably take the case to the Supreme Court.

Prior to this in June 2017, Ken Cush & Associates had convinced the Western Australian Court of Appeal to overturn the conviction of Ali Jasmin. Ali was an Indonesian minor who was wrongfully convicted and then imprisoned in an adult facility even though he was only 13 years old when arrested for people smuggling.

This success motivated the law firm to pursue compensation for Ali, other Indonesian minors who were wrongfully convicted of the crime and for those who were detained in adult facilities as they waited to be put on trial or deported.

As of October 2018, the commission has not reached a decision, and Ken Cush & Associates have not ruled out court action if the Australian government refuses to pay compensation.

The lawyers continue to clash over the right to represent the victims. This competition distracts them from the objective that the victims are entitled to: compensation for Australian authorities’ unlawful treatment of them.

This is a good time for the Australian government to stop resisting, recognise its obligation and play a proactive role in paying compensation as recommended by the Australian Senate.

Back in 2012, the Senate reminded the government that the wrongfully imprisoned children were illiterate, poor and could not speak English. These conditions, the Senate argued, prevented them from finding appropriate legal representation and making a compensation claim in Australia.

Therefore, the Senate deemed it necessary for the Australian government to “take proactive steps to find and compensate Indonesian minors who have been wrongfully imprisoned in Australia”.

As of October 2018, no compensation has been paid to the victims.

It does not seem likely that the Australian government will do so in the near future. Senior government officials, including Home Affairs Minister Peter Dutton, continue to claim that all people smugglers are “ruthless and sophisticated criminals”.

Dutton and his likeminded colleagues need to recognise that these boys did not organise the asylum seeker voyages. Rather, they were only transporters who received very little in return and have had to bear the harshest consequences. Withholding compensation will only continue their punishment.