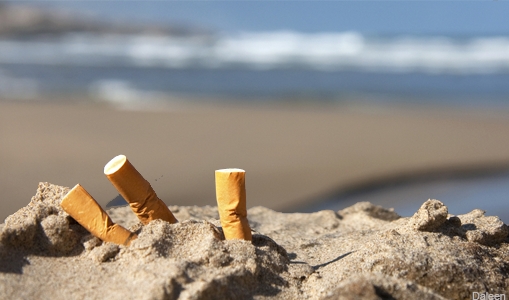 Cigarette butts are very harmful to the marine ecosystem due to the cellulose acetate found in their filters.

Cigarette butts are the most common items polluting Jeju beaches, according to a non-profit environmental group that is staging a coastal cleanup campaign.

According to the Korea Federation for Environmental Movement of Jeju, cigarette butts account for 22.9 percent of the total, followed by plastic debris with 22.5 percent.

Cigarette butts are very harmful to the marine ecosystem due to the cellulose acetate found in their filters.

Cellulose acetate is a plastic-like material that does not decompose easily.

Hundreds of volunteers have taken part in the association's campaign since May 29 and have collected about 500 kilograms of trash.