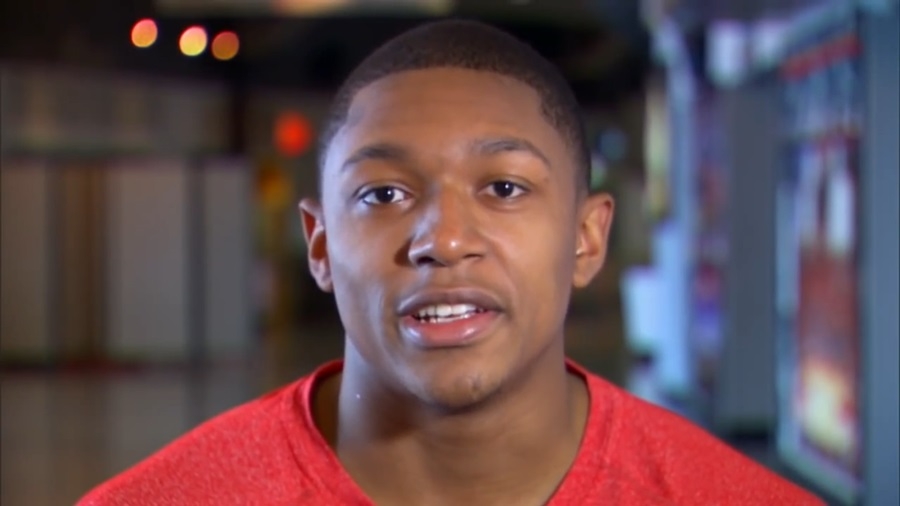 Photo via Screenshot of NBA/Youtube

Bradley Beal is expected to exercise patience regarding his tenure with the Wizards, and it’s unlikely he’ll be signing an extension contract with his current team. The main reason for the assumption is money.

Bradley Beal can rake in more cash if he waits until he becomes a free agent in 2021, with possible figures reaching $254 million on a five-year deal if he manages to qualify for the next All-NBA team. And with the stats and performance, he’s been putting up in the previous season, there’s no reason to doubt that he won’t.

This is why speculations are being thrown around that Bradley Beal may be in the line of sights of the Boston Celtics. While the Celtics acquired Kemba Walker during the height of the free-agency season, the team would be drastically increasing their chances of winning a championship if they managed to snatch the 26-year-old.

According to Andy Bailey of Bleacher Report, the Wizards may be looking to trade Bradley Beal if he refuses to sign before the Oct. 21 deadline hits. Sure there’s still time for the team to convince him to stay, especially since John Wall is also confident that shooting guard will “make the right decision,” but crazier things have happened in the NBA.

Hell, even Kawhi Leonard left the Raptors despite the team managing to win their first championship. Bailey said that if Bradley Beal becomes available, the Celtics should absolutely make a play for him since they still have a few more pieces they can trade for the Wizard superstar.

The Wizard themselves may be looking to rebuild soon since Wall’s fate remains up in the air due to how devastating a ruptured Achilles can be for a professional athlete. But here’s where everything gets dicey. If the Celtics – or any team for that matter – is adamant in acquiring Bradley Beal, there’s a high chance that the Wizards would attach Wall’s massive contract into that trade.

After all, getting rid of both to acquire the money and future assets would accelerate the rebuilding process of the Wizards. The problem is that no teams in their right mind would agree to such a deal unless Wall recovers fully, which has a slim chance of happening given the precedence of the injury. But of course, everything depends on what Bradley Beal’s decision will be on Oct. 21. Until then, we'll just have to wait how this story unfolds.