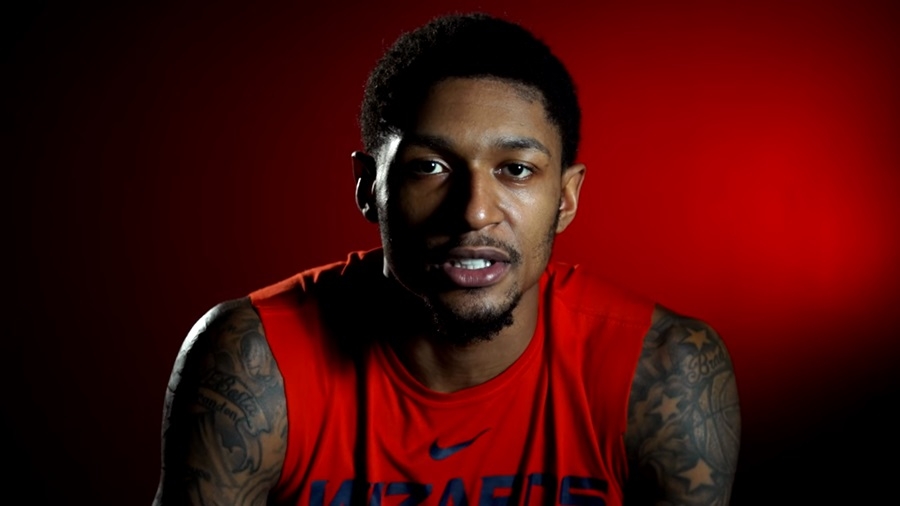 Photo via Screenshot of Washington Wizards/Youtube

Bradley Beal and the Washington Wizards are set to make a deal this July 26. The deal would be to have Beal ink a three-year $111 million extension with the organization.

However, speculations around the league would have it that the 26-year-old will turn the offer down. This isn’t surprising since Bradley Beal could stand to gain more financially if he simply waits.

The talented guard is set to become a free agent on 2021, and teams would likely elbow each other to get the chance of acquiring him. Bradley Beal has played 82 games in the past two years and is coming off his best career season of 25.6 points, 5.0 rebounds, and 5.5 assists on a 35 percent shooting beyond the arc.

Thus, it’s imperative that the Wizards sign him next Friday, a task that’s been assigned to Tommy Sheppard, the team's new general manager. If they failed, then the likelihood of Bradley Beal being traded increases.

While the Wizards has maintained its stance that they aren’t looking to part ways with the guard, that could all change if Bradley Beal doesn’t sign the three-year extension. This is due to the aforementioned 2021 free agency.

2020 would have Beal’s contract enter its last year, and teams would undoubtedly wait until he hits free agency before they make their offer. Sure, the Toronto Raptors took that gamble when they signed Kawhi Leonard with only one year left on his contract and was rewarded with a championship. But that will unlikely happen again, especially with the NBA’s current landscape. If the Wizards wait until Bradley Beal hits free agency, they risk the chance of him walking away with the team left with nothing in return.

Add the fact that John Wall’s massive contract will take effect in the 2019-2020 season and the need to re-sign Beal becomes all the more urgent. If not, the Wizards need to move him now to acquire the necessary pieces in its rebuilding phase.

The problem is that the team would likely pair Wall’s contract with Bradley Beal on account of Wall’s injury. With the free agency deep into the season, most teams have already spent their money and assets to shore up their respective rosters. Taking Beal and Wall might take considerable skills from the front office of the team that is interested in acquiring the former, not to mention the price they’ll have to pay for such a gamble. Put simply, the Wizards is sitting on a ticking time bomb with little choice on the market how to deal with the situation.