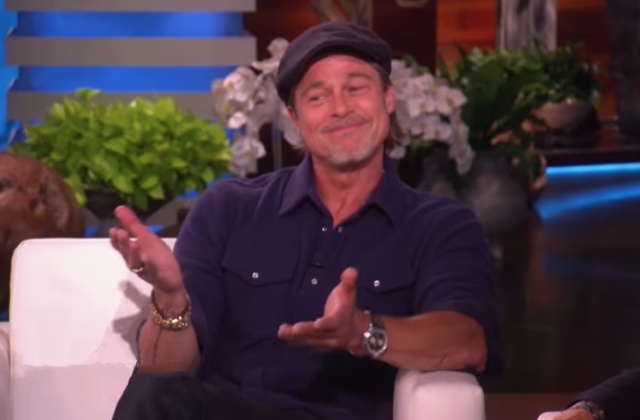 Brad Pitt is rumored to have found the person he will spend the rest of his life with. The actor has long been linked to Alia Shawkat and now it was reported that he finally asked her to marry him.

In this week’s issue of In Touch magazine, it was alleged that Brad Pitt is moving on with his life after his divorce from Angelina Jolie. While it was widely rumored that he has reunited with another ex-wife Jennifer Aniston, it turned out that another woman is actually making his heart go wild and it’s the 31-year-old Arrested Development actress.

Brad Pitt and Alia Shawkat were rumored to be in a romantic relationship after they were spotted together on many occasions. There were a number of photos published in magazines and newspapers showing the two attending several events so people are convinced that they are definitely dating.

Now In Touch reported that Brad Pitt and Alia Shawkat are already engaged. The engagement reports come amid the rumors that the actor has reunited with Jennifer Aniston. The ex-husband and wife are said to have gotten closer again since they are both single now but it seems that their romance was cut short and sources are saying that Brad has ditched Jen again and proposed to another woman instead.

“At first Alia and Brad were just friends but they started to develop feelings for each other while Brad’s romance with Jen remained stagnant,” the insider supposedly told the magazine. “But after going back and forth between the two for some time, Brad has fallen in love with Alia and has asked her to be his wife.”

Brad Pitt and Alia Shawkat’s engagement seems off so Gossip Cop contacted someone from the actor’s circle to know the truth. The publication received a reply and it was confirmed that the report is totally false.

Also, Alia Shawkat already denied that she and Brad Pitt are dating. Just last month, she directly told Vulture that aside from friendship, there is nothing going on between her and Brad.

“We're not dating, we're just friends,” she told the outlet. “I’ve gotten press but not like that. Not so uncontrollable.”

Finally, it is already confirmed that Brad and Alia are not dating, consequently, it is also not true that the former ditched Jennifer Aniston because nothing is going on between them as well.