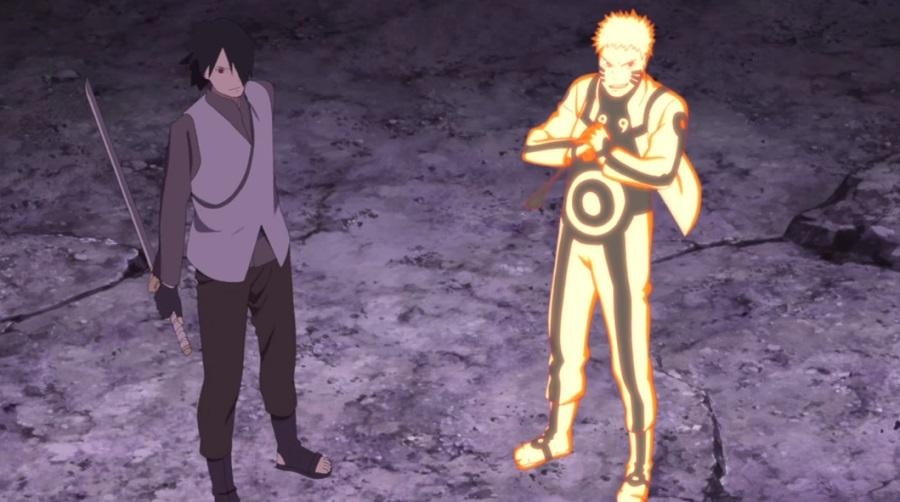 The wait for “Boruto” chapter 38 is now down to just a few days, and there are many possible unfortunate events that can happen, especially with the ongoing battle of Naruto and Sasuke against Jigen. The enemy is not one to be underestimated.

The opening of the fight already showed how strong and full of surprises Jigen is. That makes it quite hard to believe that even Naruto and Sasuke combined can immediately end this fight in their favor in ‘Boruto’ chapter 38.

To recap, Jigen brought Naruto to a different dimension for their fight. Luckily, Sasuke was able to reach to them through his Rinnegan-based Time-Space ninjutsu. There is no doubt that Sasuke and Naruto are two of the most powerful ninjas in the entire series. However, there are just so many mysteries about Jigen and abilities that are not helping the protagonists in this battle. Even worse, they do not know about the karma seal enough, and it could lead to a very bad situation in “Boruto” chapter 38.

Last month’s installment explained that Jigen does not have a super speed ability, but he can shrink the objects around him and even himself at will. So far, it allowed him to sneak in surprise attacks on Naruto and Sasuke. But fans can expect more serious threats in “Boruto” chapter 38 as Jigen vowed to no longer hold back on his power.

Chapter 37 ended with his karma spreading through his body. His power was overflowing that he was literally growing a horn. There is a chance that Jigen’s sheer strength and the element of surprise at what his particular skills are could lead to either Naruto or Sasuke getting seriously injured in “Boruto” chapter 38.

There is also a possibility that “Boruto” chapter 38 would focus on what happened in Konohagakure since Naruto and Jigen left. Note that Koji Kashin is still lurking around, and he could still be planning to retrieve Kawaki. But there are other powerful ninjas left in the village including Konohamaru and Sakura. Team 7 – Boruto, Sarada, Mitsuki – could also be in a fight to protect Kawaki.

The manga series is being updated every month. “Boruto” chapter 38 is set to be released on Sept. 20.