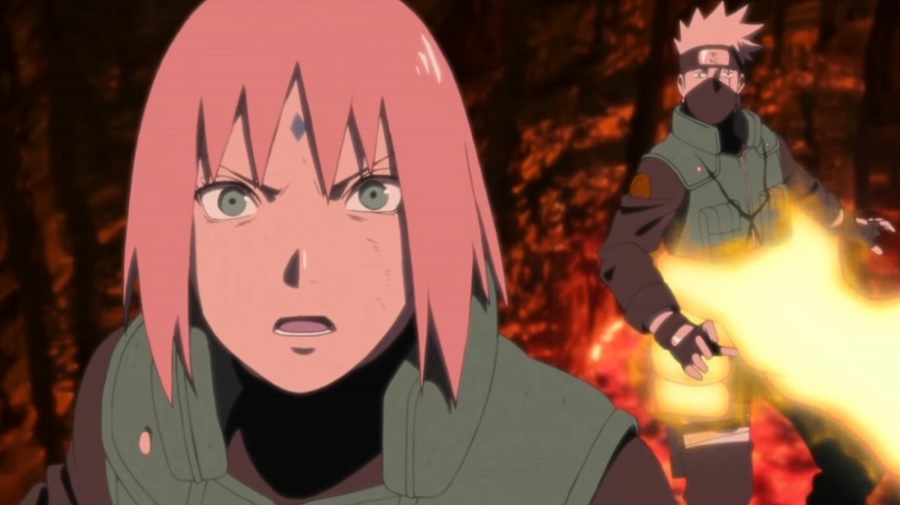 The current arc of the “Boruto: Naruto Next Generations” manga series has arrived at an important stage where possibly all the main characters will be challenged. “Boruto” chapter 38 picks up from the action-packed fight with Naruto and Sasuke teaming up against Jigen.

There are speculations that the next installment might take a break from the said battle. “Boruto” chapter 38 is anticipated to bring manga readers back to Konohagakure where a potential threat is still lurking around.

That threat is no less than Koji Kashin, one of the Inner members of Kara. However, the earlier chapters seemingly implied that Koji is not entirely loyal to Jigen’s cause. But Koji is wise enough to know that going against Jigen’s will is dangerous. It is then very possible for Koji to fulfill his task of retrieving Kawaki in “Boruto” chapter 38, especially now that Jigen is fully aware that Koji is still in Konohagakure.

Naruto’s orders of keeping Kawaki safe is intact, so if Koji ever makes a move in “Boruto” chapter 38, he will most likely fight other ninjas who are left in Konohagakure. The new Team 7 are the ones near Kawaki, but they are unlikely to be strong enough to match Koji’s skills. Others such as Sakura can step in.

Koji previously fought with Konohamaru, and it was enough to see that the Kara member can fight an even stronger shinobi. So the matchup of Koji and Sakura in “Boruto” chapter 38 could be a fair fight. There is even speculation that Koji can land a fatal attack on Sakura. But since the latter has mastered the use of the Strength of a Hundred Seal and the Creation Rebirth technique, she can most likely resurrect herself.

Aside from the speculated big Sakura fight, there is also a possibility for “Boruto” chapter 38 to revisit Naruto, Sasuke, and Jigen in the other dimension and give an update on their battle. Some fans suggest that Jigen’s full power is enough to injure either Naruto and Sasuke severely. The next chapter will be released on Friday, Sept. 20.