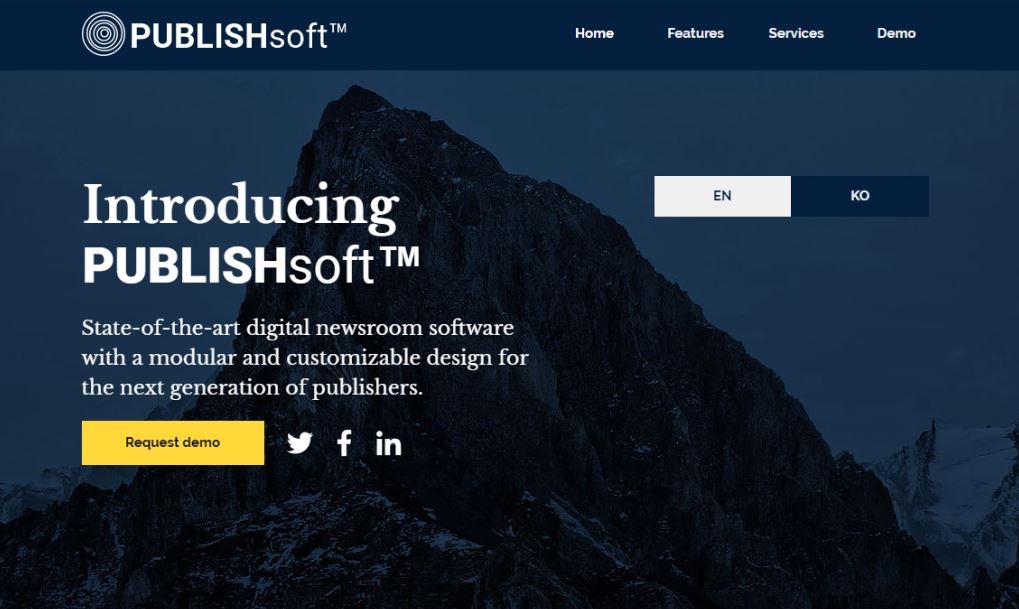 PUBLISH Inc., the company behind ‘PUBLISH Protocol’, has announced the launch of a blockchain-based end-to-end publishing system.

Dubbed “PUBLISHsoft,” the solution combines state-of-the-art digital newsroom software and workflows with blockchain technology. With its modular and customizable design, PUBLISHsoft is targeted at the next generation of publishers.

In September 2018, TokenPost, a leading blockchain and crypto-focused media outlet based in South Korea, launched ‘PUBLISH’ – a next generation blockchain-powered news publishing software protocol. This was followed by the launch of ‘PUBLISH Alliance’ – a decentralized non-profit enterprise media consortium.

A full-featured version of PUBLISHsoft is available free of charge to PUBLISH Alliance members. As a founding member of the alliance, TokenPost is among the first to apply the software on their system.

Publishers will be able leverage PUBLISHsoft to equip their reporters and editors with state-of-the-art news production tools, powerful workflows, and customizable drag-and-drop dashboards. It will also enable them to manage and monitor their advertisements directly from the platform’s content management system (CMS).

The unique features offered by PUBLISHsoft include responsive website templates designed with digital publishers in mind; a “microtip” feature allowing readers to reward writers for good quality contributions; and blockchain technology providing an immutable audit trail of alterations to an article, among others.

Importantly, the enterprise version of the software will include a module that allows publishers to issue their own PUBLISH Protocol-based token. Publishers can choose to raise funds by selling an initial supply of tokens, economically incentivize news production and consumption on their platform (leaving comments, upvoting, downvoting, etc.), as well as reward good actors through a token reward pool.

“Blockchain technology holds the promise the significantly transform the media industry and address the pain points currently faced by the incumbents in this space,” Sonny Kwon, CEO of the PUBLISH Protocol, said in a statement. “PUBLISHsoft is part of our vision to create a blockchain-enabled digital media. With this new software, we aim to facilitate the adoption of this innovative technology by the media industry and pave the way for tokenization.”

About the PUBLISH Protocol

The PUBLISH Protocol is an innovative blockchain-based platform for the next generation of media built by the press for the press. It’s mission is to create a highly-accessible and fairly rewarded global blockchain-based media outlet ecosystem for existing publishers to use and build on.

TokenPost, a sister company of the EconoTimes and the organizer of the Blockchain Open Forum, is a professional blockchain media outlet providing news and analysis on trends, companies and key figures in the blockchain industry. TokenPost was also the first media company to issue its own cryptocurrency. As an independent media outlet with reporters located in various countries around the world, TokenPost strives to accurately report information and cover news in an objective and responsible manner, while at the same time providing expert analysis written from a unique perspective.