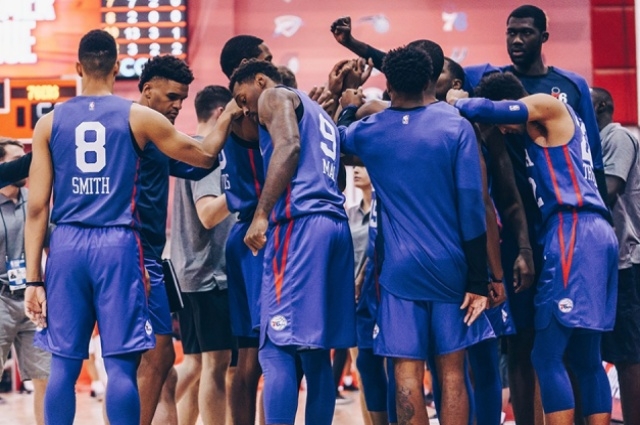 Ben Simmons, the rookie Sixers player, has extended his contract with Philadephia 76ers and signed a 5-year $170 million deal. This is his best deal so far, and basketball experts said that this is actually the best payout that he can get in his career in the NBA.

Before Simmons signed the agreement, a lot of things happened in the background because he appeared to be not certain on what route to take for his pro-basketball career. He was considering teams and weighing on his options, but he came to a decision only now despite the fact that he was already practicing for the FIBA.

The announcement of his 76ers’ extension

On July 17, the Sixers announced that it is official. Ben Simmons already signed for a contract extension. In a press release, Philadelphia 76ers general manager Elton Brand said, “Ben Simmons is an important piece of our core, and he is one of the NBA’s most dynamic and talented young players. It was a priority for our organization that we finalize a contract extension with Ben this summer.”

Brand added that with Simmons winning the Rookie of the Year award, they are expecting him to grow even more and succeed in the game seasons to come. “Ben positively impacts the game in so many ways and we look forward to continuing our championship pursuits with him as one of our leaders,” he concludes.

Simmons explains the decision to pull out of 2019 FIBA

Before he could re-sign a deal with Philadelphia 76ers, Ben Simmons pulled out from the 2019 FIBA World Cup. He said that he would not be playing for the Australian national team anymore and opted to play in the NBA.

“I wanted to let everyone know that after consulting with my representation, I’ve made the difficult decision to forego playing in the World Cup in China this summer,” Simmons explained through a statement.

Ben Simmons will turn 23 tomorrow, July 20 and he has already achieved a lot in the American pro-basketball. He was a first-timer at the 2018-19 All-Star and won the rookie award. With his strong gameplay and good record, it is no wonder that the Sixers would want to keep him in the team.