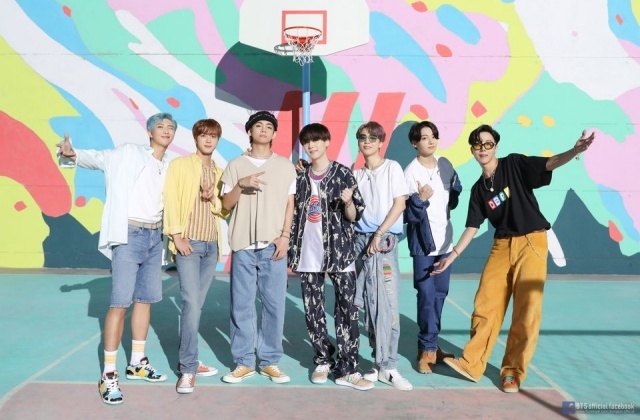 BTS is still at the top of the music charts for its English track called “Dynamite.” For musicians, making it to the top 10 is such a great feat already but the South Korean boy group has maintained its top spot on Billboard’s Hot 100.

On Sept. 15, the prestigious music chart Billboard tweeted its Sept. 19 rankings and BTS is still ranking high for the third straight week. However, this time, “Dynamite” sits at no. 2 with Cardi B’s WAP placing first.

The said BTS single debuted at no. 1 on the Hot 100 in the first week of this month. The band that is composed of the members - RM, Jin, Jungkook, V, Jimin, J-Hope and Suga managed to maintain their first-place ranking until the second week. For the third week, BTS is still in the top 3 and fell one rank behind the American rapper.

BTS performs on “America’s Got Talent”

As per Variety, the seven-member boy band kicked off the semi-final round of “America’s Got Talent” with their performance of “Dynamite” on Sept. 16. The stage emits that 70s vibe with their colorful and energetic presentation.

BTS stage featured the gasoline station backdrop and each one of the members donned their retro-inspired ensembles which really fits them. Over-all, the production was classy, vibrant and even the judges praised the group.

The online “Map of the Soul ON:E” concert details

Meanwhile, BTS is set to have its online concert titled “Map of the Soul ON:E.” As announced on their official Weverse page, it will be held for two days which is on Oct. 10 and 11.

The first concert will start at 6 a.m. EST while the second one was scheduled to begin at 3 a.m. EST. The “Map of the Soul ON:E” event will also include a BTS exhibition that will run from Oct. 13 to Nov. 12.

In here, fans will be able to see all things BTS in a 3D virtual space. The sale of the group’s memorabilia will also be launched. Finally, Billboard notes that the tickets for the online concert and exhibit will be available for purchase on Weverse.