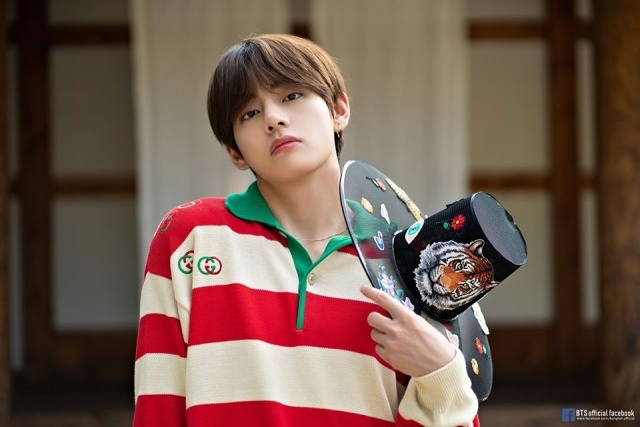 BTS V was in Los Angeles, California, when the 26th Screen Actors Guild Awards was at the Shrine Auditorium and Expo Hall on Jan. 20. The Korean movie “Parasite” made headlines as it was included in the nominees under several categories, and actor Choi Woo Shik was one of the lucky stars who brought home an award.

The 29-year-old actor who played Ki Woo in the movie, one of the children in the parasite family, is a close friend of BTS V, so when he won an award at the SAG, the idol singer greeted him via social media. It was revealed that the two later celebrated for the win after the singer posted two short clips with Choi Woo Shik.

They were strolling around L.A. and in the video, BTS V told Woo Shik, as per the translation, “Let’s just walk the path” and the actor replied, “Yes, let’s do that.” the videos were shared by the singer via the BTS’ official Twitter page.

In the second video, the pair were shown eating burgers while they sat on a bench in Beverly Hills. In any case, in his other personal congratulatory greeting, as per Soompi, BTS V wrote: “It’s hard to believe that this person is that person from the awards.”

“Parasite” is the first foreign film to win at the Screen Actors Guild Awards, so it was a great feat not just for the actors and production crew of the movie but for Korea as well. Almost all the cast members were present at the awarding ceremony.

Meanwhile, BTS V will be very busy now due to the upcoming release of BTS’ new album “Map of the Soul: 7” in February. The group is also preparing for their new world tour that will begin in April. The tour will kick off at the Olympic Stadium in Seoul, South Korea, on April 11 to 12 and 18 to 19; then they will fly to Japan, Europe, and key cities in the U.S. including New York, New Jersey, Washington D.C. and Las Vegas.