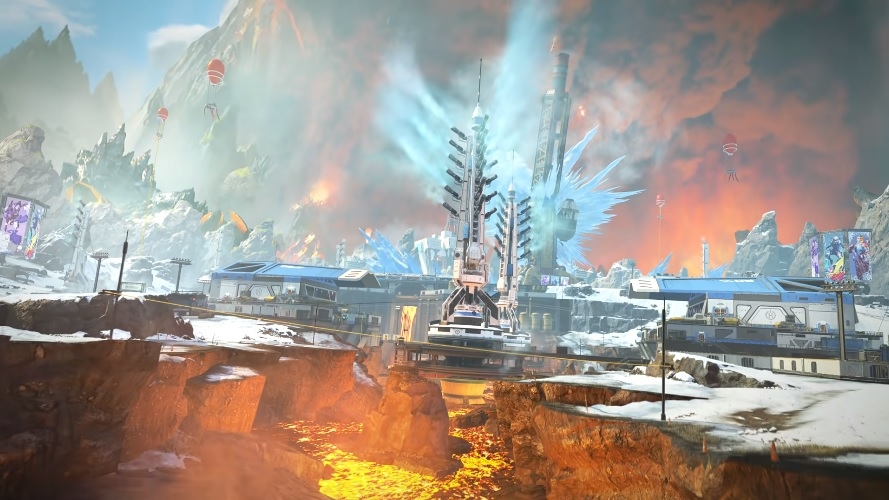 The 10th season of “Apex Legends” is coming in a few days, and aside from a new Legend and a new weapon, players should also expect massive changes in the World’s Edge map. To prepare fans with the map update, EA has released a blog post detailing what to expect once the season called “Emergence” is live.

Some of the notable changes in the World’s Edge in “Apex Legends” season 10 include tweaks in fan-favorite Points of Interest. The new map features also match the developing lore of the game. When Hammond Robotics entered the scene, its activities have led to the opening of lava fissures on the map. And this phenomenon has further worsened the state of the map.

In the blog post, EA says the Refinery was one of the POIs drastically affected by the lava fissures. The Refinery “has been wiped out,” and Hammond needed to build cloud seeding towers. All these events have resulted in a new POI called the Climatizer. In terms of design, the developers hope that the Climatizer’s larger area will attract more players to battle it out in the northern part of the map in “Apex Legends” season 10. The Climatizer is promised to have more loot and to accommodate more teams.

The Sorting Factory is another POI that will no longer be present in the World’s Edge map in “Apex Legends” season 10 after being swallowed by a massive sinkhole, and it will be replaced by the Lava Siphon. “The large lava Siphon building embedded into the mountain offers a lot of interesting close-encounter fights and also introduces a new additional rotation entrance/exit to the existing train track tunnel behind,” EA added.

Players will also find that the lava fissure has also increased in size in “Apex Legends” season 10, causing a fracture that extends from the Climatizer to the Fragment East. Fans should expect to see a river of lava connecting these POIs. However, the worsening state of World’s Edge will not prevent players from moving across the map. The update will also introduce gondola carts for transportation while avoiding the lava. But since the gondolas are expected to be used by most, if not all players, it could also be the site where many gunfights can occur.

“Apex Legends: Emergence” will introduce a new Legend named Seer and add the weapon Rampage LMG. Season 10 will be released on Tuesday, Aug. 3.