Antisemitism row: why animosity on the Labour left still runs so deep 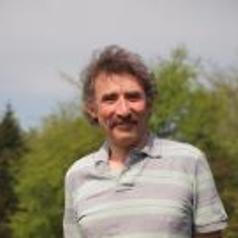 Once again, old wounds in the Labour Party have been ripped open. This time, former London mayor Ken Livingstone has been suspended from the party having been accused of antisemitism. His fellow party member John Mann was filmed berating him in the street, accusing him of being a Nazi sympathiser.

This spat has once more highlighted the intense animosity between those on the right of the party and the so-called hard or radical left. Livingstone was, after all, virtually a founding member of the latter group, as were the party’s current leader, Jeremy Corbyn, and many of his closest advisers and lieutenants.

The origins of today’s hard left lie in the early 1980s, when the Labour left split into two strands: the “hard left” and “soft left”. Multiple issues accounted for the split, but two are particularly relevant to this latest argument.

The first was leader Neil Kinnock’s determination to proscribe the Trotskyist Militant Tendency. For the soft left, Militant was a ruthless, subversive and ideologically alien body that had to be driven from the party. The hard left thought Militants might be misguided and wrong-headed, but argued that no-one should be disciplined for expressing their views. In effect, there were “no enemies on the left” – a sentiment that lingers.

The other bone of contention was a clash of attitudes to Labour’s right. The soft left understood that party cohesion could only be sustained on the basis of some sort of accommodation with the party right. But for the hard left, the Labour right was the antagonist, and its influence had to be weakened as much as possible. This is a view that many of today’s hard leftists still share.

Several figures on the soft left came to occupy senior positions in the party, and for the most part, worked cordially with the right. The experience of the hard left could not have been more different. While its hostility to the right went unabated, particularly under New Labour, its support steadily dwindled across all sections of the party.

By 2015 it could count fewer than 20 sympathetic MPs, with a handful of members of the party’s National Executive and, as far as one can judge, little support in the rank and file. None within its ranks could possibly have anticipated that one of its most seasoned members would be catapulted into the party leadership.

Hard feelings on the hard left

So how is this relevant today? To understand the radical left, one must grasp how its experiences over the last generation have shaped the way it sees the world. Thirty years of struggle, disempowerment and marginalisation, coupled with almost universal hostility and even demonisation from the mass media, has fostered an insular, mistrustful and at times truculent culture.

Its attitude to others, both inside and outside the party, is one of deep suspicion – although, in Joseph Heller’s immortal words, “just because you are paranoid doesn’t mean they aren’t after you” (something Jeremy Corbyn knows all too well).

Other related aspects of the radical left’s culture feed into its behaviour. Its history, the traditions it invokes, its style and its ideology have encouraged an adversarial frame of reference which has led to a binary view of life inside Labour, an “either you’re with us or against us” mentality that leaves little room for nuance or distinctions.

Long years in the wilderness have given the radical left a sense of being an embattled minority, standing by principles that others have shed – a sense that it alone occupies the moral high ground – which can lend its members an air of self-righteousness. But it’s fair to point out that its adherents have consistently put principle before political advancement. Nothing could be further from its thinking than the “enrich yourself” precept that sometimes appears to be a plank of Blairite philosophy.

But the hard leftists' belief in their own special probity is often coupled with a disinclination to accept that those who disagree with them may do so for valid ethical or ideological reasons, not just from expediency. Combined with political isolation, this has meant that few have developed the habits of compromise, give-and-take and mutual accommodation which are so essential to politics (though some are learning, fast, now).

Beyond moderate Labour members in general, the hard left’s specific bugbears are the Blairites. To be sure, the two factions differ radically in policy, ideology and strategy, but there’s also a curious symmetry between them. Both deny the legitimacy of the other, regarding them (respectively) as extremists and interlopers; neither is inclined to compromise. Both have a tendency to equate the party with themselves and believe in their own entitlement to rule. And both have their heroes (Tony Benn and Tony Blair) and satans (too numerous to mention).

This history provides the backdrop and context without which the present antisemitism row cannot be understood. Corbyn’s most trenchant critics have been Blairites who, in the minds of the radical left at least, are exploiting the issue to topple the party leader. That Corbyn was pressured to suspend Livingstone is, to them, evidence of a brewing coup. Meanwhile, many of the more moderate elements in the party think Corbyn is leading the party to disaster and that his removal is essential for its survival.

So the merits of (a quite needlessly though consciously inflamed) issue aside, the root of the problem lies in the mutual distrust, antipathy, and even loathing that still tortures the relationship between these two factions at opposite ends of Labour’s spectrum.

This latest spat, then, doesn’t reflect a new fissure in the party. But it could hardly have blown up at a worse moment, coming less than a week before the London mayoral election and elections in Wales, Scotland and English local authorities. If Labour performs poorly, then more than a few in the party should be inspect both their judgement and their conscience.

Eric Shaw receives funding from the ESRC and Carnegie. He is a member of the Labour party. This article does not reflect the views of the research councils.