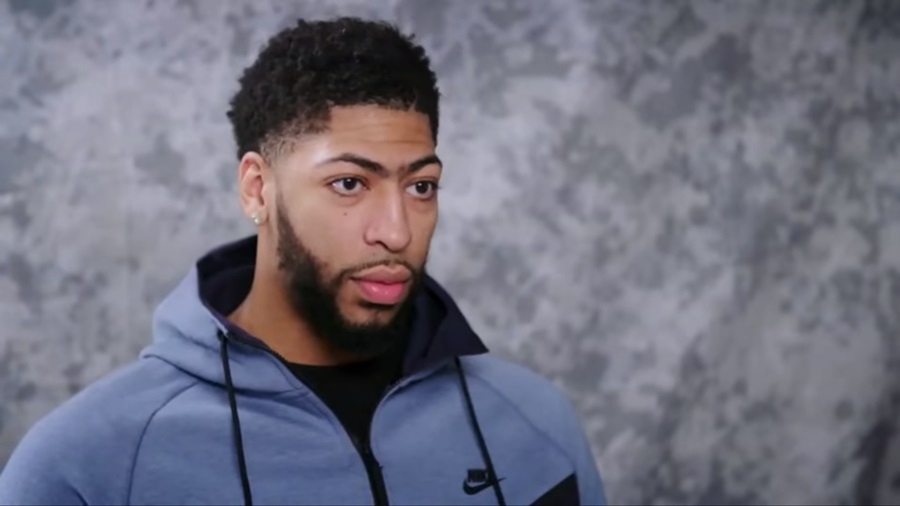 Back in January, it was apparent that the New Orleans Pelicans will be parting ways with Anthony Davis. The six-time NBA All-Star was quite clear that he wants to join the Los Angeles Lakers, either this year or when he becomes a free agent.

However, with the Pelicans hiring David Griffin as their president of basketball operations, the narrative has now shifted. Not by much, by it’s something. It was initially thought that Griffin’s role would be maximizing Anthony Davis’ trade potential to build the Pelicans’ future.

But now, Griffin said he’s been talking with AD’s agent, Rich Paul, and seems confident he can convince the talented star to stay. “Griffin says he believes [Anthony Davis] is open to staying after discussions with Rich Paul. But he would prefer to establish if Davis is all-in or all-out on being with the Pelicans,” tweeted sports writer Will Guillory.

One of the major reasons why Anthony Davis is dissatisfied with the Pelicans is that they’re not a winning team. Griffin could change that opinion since he’s the general manager of the Cleveland Cavaliers between 2014-2017. During his tenure, Griffin managed to build a roster around Lebron James that ultimately resulted in the team winning a historic championship.

So how likely is it that the 46-years-old executive can convince Anthony Davis to stay? Well, NBA pundits Stephen A. Smith and Max Kellerman are of the opinion that AD will not be staying with the Pelicans, regardless of Griffin being the team’s new bigwig.

Smith contends that Anthony Davis will be coordinating with the Pelicans, while Kellerman argues he will not on account that the Pelicans will gut the roster of whatever team AD will be joining. As for Griffin’s statements, it seems that he’s playing two sides here.

One, perhaps he does want to make a play that would convince Anthony Davis to stay. And two, he may be sending out a message to interested teams that if they want to acquire AD, they’ll have to offer an exceptional deal to pry the young star out of the Pelicans’ hands, SportingNews reported.