From 'biologically dead' to chart-toppingly clean: how the Thames made an extraordinary recovery over 60 years 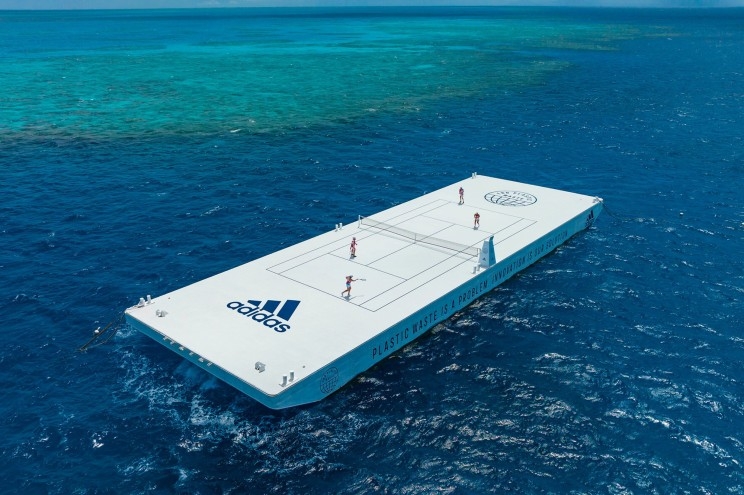 Adidas built a giant, floating tennis court made of recyclable plastic materials just off the coast of Australia to raise awareness against the dumping of plastic in the world's oceans.

The full-size court, built on a floating barge, was pushed into the Great Barrier Reef.

Thorpe noted that without drastic efforts, there will be more plastic than fish in our oceans by 2050, adding that the problem that has reached unfathomable proportions.

Adidas has pledged to use recyclable materials for 90 percent of its apparel lines by the year 2025 and to eliminate virgin polyester, which is sourced from petroleum and is not biodegradable, from production by 2024.

Since 2019, Adidas has manufactured tens of millions of pairs of sneakers with recycled plastic recovered from the ocean.

The company has also vowed to reduce its carbon footprint by 30 percent by 2030.