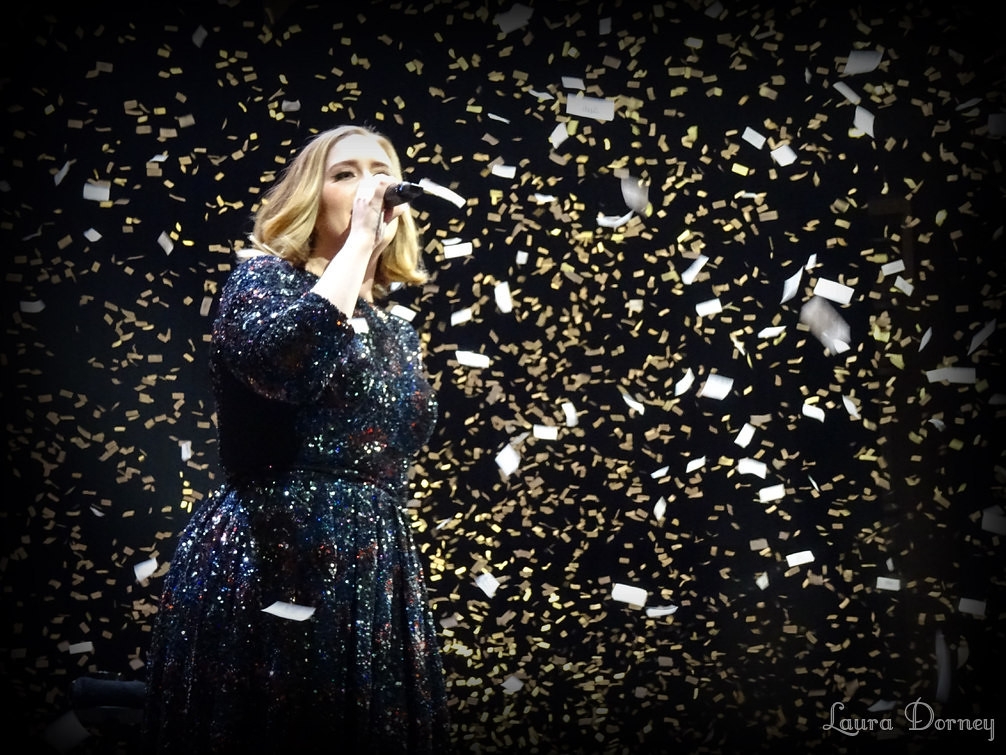 Adele has amazed her fans with her slimmer frame as she posted two photos of herself on her Instagram.

One of the snaps was of the singer watching herself on TV in the 2016 Glastonbury concert garbed in the same dress that she was wearing then.

Thus, the photo has effectively shown how much Adele has lost weight as you get to compare her in the same dress from that in 2016 and now.

Adele's slimmer frame was noticeable even when her upper half of the body was in a blur.

The other snap was of Adele garbed in a white shirt and light grey sweatpants which also showed that she has lost weight.

According to the Daily Express, the singer has been making sure that she eats just 1,000 calories per day. And, to complete her slimming down program, Adele also drinks one cup of green juice a day.

However, according to a source, it was not totally about losing weight or becoming slim. Adele's focus was to become a healthy mother to her child.

The source said that the mother of one is focused on becoming healthy and giving her body a better treatment.

Looks like Adele has been very busy with her “becoming healthy” program during the quarantine as she is also said to be adhering to the Sirtfood diet.

The same diet program that is reportedly used by heavyweight champion David Haye and Pippa Middleton, the younger sister of Kate Middleton, the Duchess of Cambridge.

The diet which is focused on eating protein-rich food that will boost metabolism and minimize inflammation is said to help you lose seven pounds in a week.

The diet will also allow you to continue eating dark chocolate and chilli as well as allow you to drink red wine.