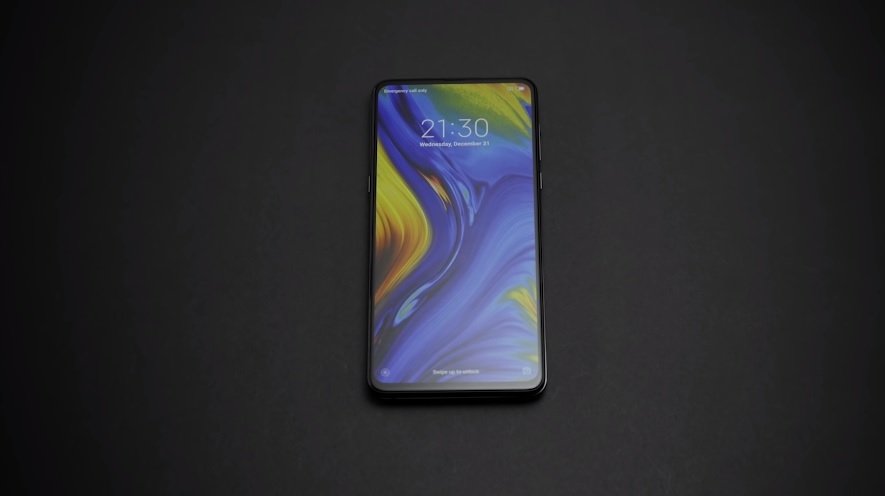 Xiaomi’s anticipated flagship phone for the second half of the year is the Mi Mix 4, and new leaks hint at some interesting design elements. The device is reportedly adopting the under-display camera solution, but, unlike other devices, the sensor looks almost invisible on the screen. Also, it may not be a foldable phone, but the company is expected to add a smaller secondary display on the back.

Renders of the Xiaomi Mi Mix 4 have been posted by popular online leakers this week. Ice Universe shared an image recently to show that the under-display camera is not noticeable in any way while the screen is on.

One of the common issues in available under-display camera solutions is that they often leave traces of where the sensor is located. Thus, despite not having a notch, they still leave a small trace that can obstruct the supposed full-screen view. Ice Universe reported that will not be the case in Xiaomi Mi Mix 4 as its front-facing camera “will not be visible to the naked eye.”

Another leaker, HoiINDI, shared several photos that mostly show the rear side of the Xiaomi Mi Mix 4. And they correspond with previous reports that the device would sport a smaller display on the back to be placed beside the four cameras and LED flash.

In this set of renders, it appears that the chosen background for the main screen would also be displayed in the back. But the types of information that will be projected in the rear-mounted screen are still unknown. It is also worth noting that HoiINDI’s leaks include one look at the Xiaomi Mi Mix 4 front panel that agrees with what Ice Universe reported in terms of how visible the selfie camera would be.

Meanwhile, MyDrivers cites supply chain sources claiming that the Xiaomi Mi Mix 4 will sport a hyperboloid display. But the use of an under-screen camera will reportedly limit its resolution to 1080p. The same report said the device would be powered by Snapdragon 888+, 5000mAh battery, and support 120W wired and 80W wireless fast charging.

The Xiaomi Mi Mix 4 is rumored to launch sometime in August, which is earlier than the usual schedule for a Mi Mix refresh. MyDrivers also mentioned that the device is expected to cost around RMB 5,999 (~$925).