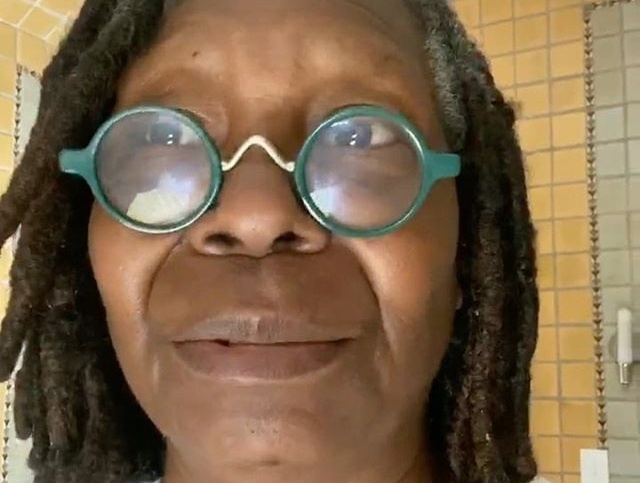 In a supposed exclusive bombshell that was first reported last year, it was claimed that Whoopi Goldberg was fighting to save her life. The actress and TV personality was said to be sickly and hospitalized due to pneumonia and she is so scared because she might not make it.

In an article that appeared on the Globe, it was claimed that Whoopi Goldberg and staff on her “The View” show was alarmed when during filming, the actress “wheezed and spluttered.” This allegedly gave the idea that she was wilting away.

As her lungs are going to pack up on her,” the tipster reportedly told the tabloid. “Everyone knows what a tough cookie she is but there’s a real fear her ill health has caught up with her and it could be fatal.”

This is because Whoopi Goldberg’s lungs are said to have not recovered and the pain lingered. It was said that the TV personality also confirmed to the Globe that she has been fighting for her life because of her pneumonia and she was septic.

“Pneumonia in both lungs - which means there was fluid, there was all kinds of stuff going on. Whoopi supposedly told the magazine. “I came very, very close to leaving the earth.

What’s more, Whoopi Goldberg was said to have been told by her doctor that she has 30 percent chance of dying from her health condition. She has not completely beaten her illness so she is still in danger so her battle to live goes on.

The unknown insider added that Whoopi Goldberg threw a big birthday party because she is not sure what her fate will be. It could be her last one so she wants it to be memorable but is she really dying?

Gossip Cop revealed that this rumor is totally false. The publication pointed out that it is true that Whoopi Goldberg got pneumonia but she has fully recovered from it.

She is not on the verge of death and in fact, she is still very active and working on TV and other projects. Whoopi Goldberg is not sick and the “dying” report about her was very malicious and distasteful.