While governments talk about smart cities, it's citizens who create them 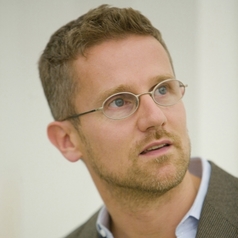 The Australian government recently released an ambitious Smart Cities Plan, which suggests that cities should be first and foremost for people:

If our cities are to continue to meet their residents’ needs, it is essential for people to engage and participate in planning and policy decisions that have an impact on their lives.

Such statements are a good starting point – and should probably become central to Australia’s implementation efforts. A lot of knowledge has been collected over the past decade from successful and failed smart cities experiments all over the world; reflecting on them could provide useful information for the Australian government as it launches its national plan.

What is a smart city?

But, before embarking on such review, it would help to start from a definition of “smart city”.

The term has been used and abused in recent years, so much so that today it has lost meaning. It is often used to encompass disparate applications: we hear people talk and write about “smart city” when they refer to anything from citizen engagement to Zipcar, from open data to Airbnb, from smart biking to broadband.

Where to start with a definition? It is a truism to say the internet has transformed our lives over the past 20 years. Everything in the way we work, meet, mate and so on is very different today than it was just a few decades ago, thanks to a network of connectivity that now encompasses most people on the planet.

In a similar way, we are today at the beginning of a new technological revolution: the internet is entering physical space – the very space of our cities – and is becoming the Internet of Things; it is opening the door to a new world of applications that, as with the first wave of the internet, can incorporate many domains. Our relationship with digital technology is changing as it pervades and connecting the many spaces and activities of cities to become the Internet of Things. wilgengebroed/flickr, CC BY-NC

From a more philosophical point of view, one could refer to the great Xerox-Park computer scientist Mark Weiser, and his idea of non-intrusive – or “calm” – technology. Weiser wrote:

Ubiquitous computing names the third wave in computing, just now beginning. First were mainframes, each shared by lots of people. Now we are in the personal computing era, person and machine staring uneasily at each other across the desktop. Next comes ubiquitous computing, or the age of calm technology, when technology recedes into the background of our lives.

What should governments do?

In the above technological context, what should governments do? Over the past few years, the first wave of smart city applications followed technological excitement.

For instance, some of Korea’s early experiments such as Songdo City were engineered by the likes of Cisco, with technology deployment assisted by top-down policy directives.

In a similar way, in 2010, Rio de Janeiro launched the Integrated Centre of Command and Control, engineered by IBM. It’s a large control room for the city, which collects real-time information from cameras and myriad sensors suffused in the urban fabric.

Such approaches revealed many shortcomings, most notably the lack of civic engagement. It is as if they thought of the city simply as a “computer in open air”. These approaches led to several backlashes in the research and academic community.

A more interesting lesson can come from the US, where the focus is more on developing a rich Internet of Things innovation ecosystem. There are many initiatives fostering spaces – digital and physical – for people to come together and collaborate on urban and civic innovations.

In the US, the general idea of smart urban space has been central to the current generation of successful start-ups. One of the latest examples is Uber: a smartphone app that lets anyone call a cab or be a driver. The company’s operations are polarising – Uber has been the subject of protests and strikes around the world (mainly in Europe) – yet it was recently valued at a stratospheric US$50 billion.

Beyond Uber, the Nest learning thermostat, the apartment-sharing website Airbnb and the recently announced “home operating system” by Apple, to name a few, attest to the new frontiers of digital information when it inhabits physical space.

Similar approaches now promise to revolutionise most aspects of urban life – from commuting to energy consumption to personal health. As such, they are receiving eager support from venture capital funds.

In such a context, governments could use their funds to develop an organic innovation ecosystem geared toward smart cities, similar to the one that is growing in the US. It is more about bottom-up innovation than top-down schemas.

This must go beyond supporting traditional incubators and aim to produce and nurture the regulatory frameworks that allow innovations to thrive. Considering the legal hurdles that continuously plague applications like Uber or Airbnb, this level of support is sorely needed.

So, any active smart city role for Canberra?

That isn’t to say that governments should take a completely hands-off approach to urban development. Governments certainly have an important role to play. This includes supporting academic research and promoting applications in fields that might be less appealing to venture capital – unglamorous but nonetheless crucial domains such as municipal waste or water services.

The public sector can also promote the use of open platforms and standards in such projects, which would speed up adoption in cities worldwide.

Still, the overarching goal should always be to focus on citizens. They are in the best position to determine how to transform their cities and to make decisions that will have – as the Australian Smart Cities Plan puts it – “an impact on their lives”.

Professor Carlo Ratti will deliver a keynote address at the ACM Designing Interactive Systems (DIS’16) conference, to be held at Queensland University of Technology, June 4-8, 2016.

Professor Ratti has received many private and government funds to carry out research on smart cities at the MIT Senseable City Lab. He is chair of the World Economic Forum's Global Agenda Council on Future Cities, member of the Committee on Autonomous Road Transport for Singapore (CARTS), Special Adviser to the President and Commissioners of the European Commission and a full member of the Aspen Institute Italia. He is the curator of the Future Food District pavilion at the 2015 World Expo in Milan and directs the the design office Carlo Ratti Associati. Together with Matthew Claudel, he is the author of "The City of Tomorrow. Sensors, Networks, Hackers, and the Future of Urban Life" (Yale University Press, June 2016). He has been involved in various other academic engagements.