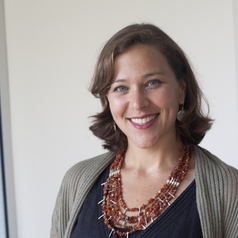 The Group of 7 is an informal group of seven powerful democracies: Canada, France, Germany, Italy, Japan, the United Kingdom and the United States. The presidents of the European Commission and European Council also attend G-7 meetings because several of Europe’s largest countries are also members.

Membership, which is decided internally, hasn’t changed much since the group’s founding in 1975. At the time, it included only six countries, all of which still belong. Canada joined a year later. Russia joined as an eighth member in 1998, temporarily changing the group’s moniker to the G-8, but Russia was ousted after it annexed Crimea in 2014.

Together, these seven wealthy nations form the foundation of the modern global economy and the cooperative rules-based system on which it is built.

Why the G-7 matters

The G-7 countries make up about 40% of the world economy, down from nearly 70% a few decades ago.

Despite the decline, the economic might of G-7 nations remains undeniable, not least due to their collective position as countries at the forefront of technological innovation and industrial know-how. Moreover, G-7 economies are inextricably interwoven with global supply chains, which means that a policy change or economic shock in one G-7 country will, for better or worse, have ripple effects across the globe.

Ultimately, the G-7 may be the best hope for quick, decisive and meaningful policy action on pressing global problems.

And although the G-7 is a subset of the ascendant G20 – which also includes rising economic powerhouses China, India and Brazil – the G-7 has another advantage: it’s much easier to achieve consensus in an intimate group of similar nations than it is to find common ground among diverse nations with very different economic and political priorities.

What the G-7 does

The world is facing profound challenges, from the devastation of the COVID-19 pandemic and climate change to authoritarianism and attacks on democracy.

None of these issues colors neatly within the lines of national borders. Countries need to cooperate to find solutions that do not simply kick the can to their neighbors.

An example of meaningful action by the G-7 is its June 5, 2021, announcement of an agreement on global minimum corporate tax rates, which marked a watershed moment in international taxation. If successful, the agreement could mean the end of tax havens and a dramatic shift in how companies record their profits around the world.

Emily J. Blanchard does not work for, consult, own shares in or receive funding from any company or organization that would benefit from this article, and has disclosed no relevant affiliations beyond their academic appointment.