What’s Behind The Popularity Of Cryptocurrency? 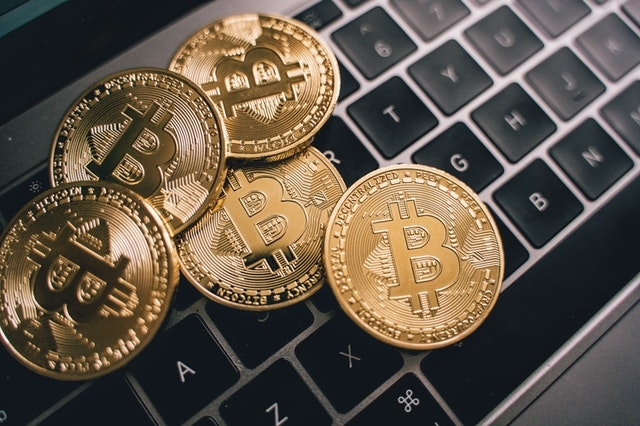 In recent years, the popularity of cryptocurrencies like Bitcoin has risen exponentially. But what is driving this demand? What can crypto actually be used for and why are people so interested in it? We take a look at just what is behind the clamour for cryptocurrencies.

Much of the hype around crypto in recent years, particularly with Bitcoin, is tied to its investment potential. Volatile in nature, cryptocurrency offers day traders the opportunity to exploit the ups and downs of the market and make a profit.

It’s not only Bitcoin trading which appeals, though. The crypto community has a running joke about holding onto their investments until the day comes where the value has increased all the way “to the moon” and they can all afford to purchase Lamborghini supercars.

The idea of getting rich quickly and easily is understandably appealing to many, and it would be foolish to pretend that this sort of speculation is not at least partially behind the recent success of cryptocurrencies. In fact, many Bitcoin detractors insist that it is nothing more than a bubble due to burst.

For a long time, Bitcoin was known as the currency for nefarious activities. Criminals on the dark web would trade all kinds of illegal goods, such as weapons or stolen property. Drug dealers openly admit to doing a roaring trade, taking advantage of the anonymity afforded by Bitcoin and other such cryptocurrencies.

But of course, just because there is a desire to do something anonymously, it doesn’t mean that the activity is necessarily illegal. Take pornography, for instance. The adult entertainment industry was an early adopter of cryptocurrency. After all, it’s understandable that someone may wish to conceal a completely legal, but potentially embarrassing purchase from a loved one.

On a similar note, there is gambling. In a more traditional family, it’s conceivable that wagering, though perfectly legal, might be frowned upon. In such cases, cryptocurrency can be a good way to enjoy a bet, free from judgement. In fact, there are so many different online gambling sites accepting crypto today, that Bitcoin casino comparison sites are now spread all over the internet.

These sites offer advice about gambling with cryptocurrency, as well as allowing players to locate the best bonuses and promotions, with details of the terms and conditions attached to them. They also show if the sites are properly licensed, which cryptocurrencies they accept, as well as other pertinent information which allows us to make an informed decision.

Despite the past reputation of Bitcoin, it’s increasingly common today to see companies accepting cryptocurrency payments, in all sorts of mainstream industries. Some second hand car dealerships, such as AutoCoinCars now accept crypto payments. You can purchase property and real estate using Bitcoin.

In fact, there are many big-ticket items for which cryptocurrency can be used to complete a purchase, including private jets, yachts and designer clothes. But for those of us who are not among the 1%, we can purchase food with Bitcoin, thanks to Just Eat, or even a VPN.

Although a strong advocate of cryptocurrency, Elon Musk’s Tesla has recently stopped accepting payments in Bitcoin, due to cited environmental concerns. But for a while, it was possible to make a purchase using cryptocurrency and it seems only a matter of time before the payment option is restored.

And then of course there’s the whole subject of Non-Fungible Tokens, or NFTs as they are more commonly known. These units of digital data are already being used in the world of art, since they give creators added value which cannot be obtained in more traditional ways.

For instance, thanks to NFTs, artists now have the chance to sell their work without the use of a third party such as an auction house, therefore they can keep a greater share of their profits. NFTs are also useful for proving that the artist really did create the work, reducing the chances of plagiarism to zero.

It's thought that more than 1.7 billion adults on the planet do not have access to traditional banking facilities. In many poorer territories, the infrastructure simply does not exist and cash is king. This makes it difficult for those in the city to send remittances back to their families in the provinces.

Cryptocurrency could well be the solution to this problem of financial exclusion for the world’s poorest. Many people living in poverty are already being empowered by crypto.

For many cryptocurrency enthusiasts, the major appeal is being part of something new and exciting. One of the big draws of crypto is its decentralised nature. It’s not necessarily the currencies themselves which people are interested in. For some, it’s more about the disruptive blockchain technology which underpins it.

Thanks to this very real tech, we now dare to dream of putting into practice to create a better financial future. A decentralised financial system could, in theory at least, be free from government interference. It would not be possible to simply print money and devalue an entire economy, wrecking people’s savings, for example.

In an era where 1.7 billion people around the world still do not have access to traditional banking facilities, cryptocurrency offers a convenient, accessible, safe and transparent way to move money around. The prospect of decentralised finance (DeFi) with smart contracts and a publicly accessible transaction ledger is extremely exciting to many. These people are investing into an aspirational dream, as much as a currency.