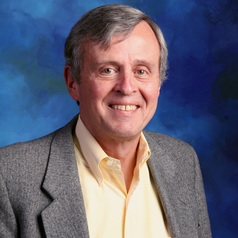 Washington state doesn’t have a problem finding educated people to work in its booming high-tech economy – it’s just most of those people come from out of state.

This is why Washington enacted the landmark Workforce Education Investment Act into law in May 2019.

The main idea behind the new law is to make college more affordable. It does so by providing state aid grants that will cover much or all of tuition for more Washington resident students – 36,000 more by 2021 who are eligible based on their income, according to a Senate source with knowledge of the plan. This will be done through the new Washington College Grant.

I’m the author of a book about how states finance higher education. Here are what I see as the most significant aspects of what has been described as Washington state’s “free college” plan.

1. Businesses will pay for it

Since the new Workforce Investment Act will benefit employers, they’re the ones who are going to pay most for it. Firms hiring workers with advanced skills will pay various amounts more in business taxes. For instance, under the new law, advanced computing businesses with gross revenues over US$100 billion – meaning Amazon and Microsoft – will pay the highest rates on their state business taxes. Under the new law, both firms will pay an increase of two-thirds on what they already pay in business taxes, up to a $7 million annual limit per firm.

If it seems unusual that this tax surcharge is directed at specific firms, that’s because it is. The firms’ willingness to pay increased tax rates in order to produce more of the workers they need at home was a big factor in building legislative support for the new tax. Employers in Washington state have long complained about the “skills gap”: that is, how hard it is to find skilled workers locally.

Indeed, the state ranks third in the nation for attracting workers from elsewhere with a bachelor’s degree or higher. But when it comes to producing an educated workforce among its own citizens, Washington comes up short. It is in the bottom 10 states in producing college graduates.

2. Funding for financial aid is guaranteed

One of the most significant features of the new law is that it guarantees for the first time that funding will actually be available to cover the grants. This is important because, since the Great Recession, the state has been unable to fund all of the eligible students who applied for the State Need Grant. In 2018, for instance, more than a quarter of eligible applicants, some 22,600, were turned away. This has been deeply unpopular.

The fact that the grant money is guaranteed may lead students – especially first-generation college students – to do more to prepare for college, because they know the cost is covered, according to to research by Laura Perna, a higher education researcher at the University of Pennsylvania.

Washington state’s new college affordability initiative differs from the “free college” efforts being undertaken by other states such as Tennessee and Oregon. In other states, such as these, Rhode Island and, soon, Massachusetts, the “free college” initiatives are mostly limited to tuition-free community college for some students. But in Washington state, the Workforce Education Investment Act provides money for students to attend not only a community college, but four-year public and private colleges and universities.

Other states’ free college initiatives, for the most part, are “last dollar” programs. The most prominent example is Tennessee. In last dollar programs, the state money students get is applied toward their college costs only after they have gotten other financial aid, such as federally administered Pell Grants. These last dollar state grants typically cover only tuition and cannot be applied to living costs.

The new Washington program, however, offers “first dollar” grants. This allows students to apply Pell and other aid to college costs besides tuition, such as books, room and board, and transportation. This lowers the amount that students have to borrow for college.

Also, unlike in some states’ “free college” programs, there is no residency requirement after graduation. This is not the case in, for example, New York, where students who get their tuition covered by an Excelsior Scholarship must live and work in New York for the same number of years that they received the scholarship. Otherwise, their scholarship becomes a repayable loan.

The new law also seeks to help those who need training that doesn’t necessarily involve college. For instance, students can use the grants for Registered Apprenticeship programs, which sometimes charge tuition. The act also provides substantial new money – $11.5 million for the next two-year budget cycle – for Career Connect Washington, an effort to bring employers and educators together to design programs that emphasize the skills employers seek.

Washington state already keeps tuition from rising more than the rate at which average wages grow. Now, with this new initiative that provides state aid grants to more students, the state is attacking the college affordability issue on multiple fronts.

The grant program is being funded by $162.7 million that has been set aside to finance the new student aid grants over the 2019-21 budget cycle. This is beyond the roughly $648 million reserved for the current grant program and represents a significant 25% gain in a state that was already a college aid leader.

The new college grants will be made available beginning in the 2020-21 school year to students with family incomes up to the state median, which is $92,000 for a family of four, according to the Washington Student Achievement Council. Under the old grant program, the cutoff was at 70% of the median.

The Workforce Education Investment Act also provides $17.1 million in funding for more seats in college programs in high-demand fields, such as nursing and IT. It also provides for increased faculty salaries in those fields.

Given student living costs, there is no guarantee that Washington College Grant recipients will graduate debt-free. And it remains to be seen whether the Workforce Education Investment Act will pay off in the way that employers hope. But through the program, Washington state seems better poised than it was before to ensure that its own citizens are able to get one of the state’s high-paying jobs.