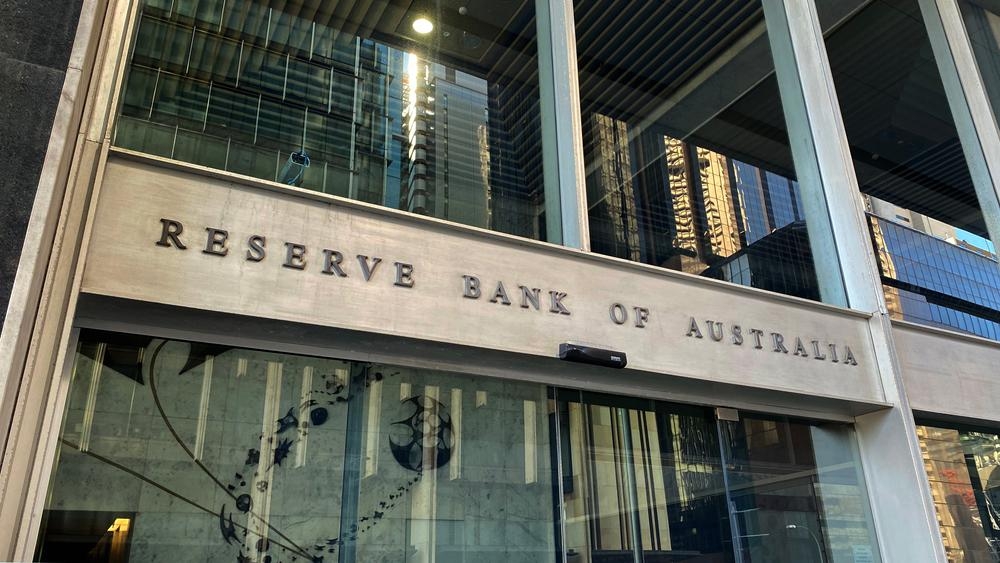 Ahead of the definitive official read of the economy from the treasury in the budget on Tuesday, the Reserve Bank has given us two special insights into its own thinking in the space of 14 hours.

They suggest that (first) the economy is improving, and (second) the bank is not going to let up on driving that improvement, not for anything — including concern about climbing home prices — until it has pushed unemployment down and wage growth back up to where it believes it should be.

The first insight was in Deputy Governor Guy Debelle’s Shann Memorial Lecture on Thursday night. The second was in Friday’s Statement on Monetary Policy

The statement emphasised that the although the bank expects economic growth to bounce back fairly strongly, getting inflation back within the bank’s 2-3% target band and getting wages growth up will take much longer

As the statement put it:

despite the stronger outlook for output and the labour market, inflation and wages growth are expected to remain low, picking up only gradually.

It’s well short of the bank’s target of 2-3% which is only likely to be achieved with much higher wages growth driven by much deeper inroads into unemployment.

Those inroads will be easier to achieve if COVID is firmly under control.

The bank explicitly linked its forecasts of an improving economy to an assumption that Australia’s vaccine rollout accelerates in the second half of the year. It could have added to that (but didn’t) the importance of getting purpose-built quarantine facilities up and running. 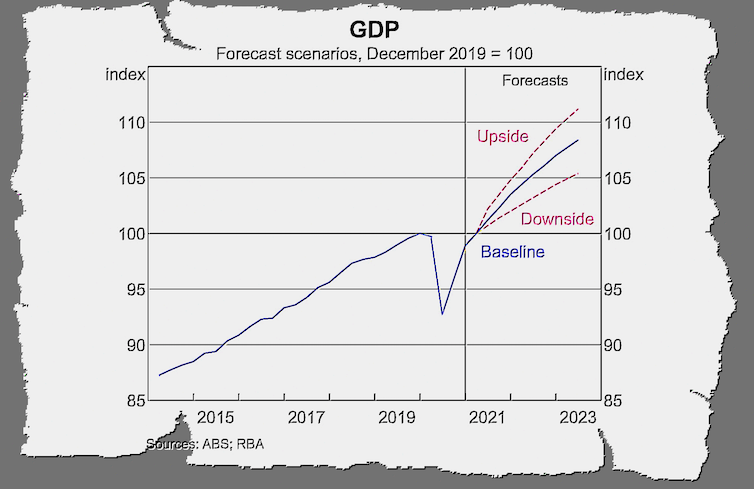 But there is a fairly wide range around its downside and upside scenarios. 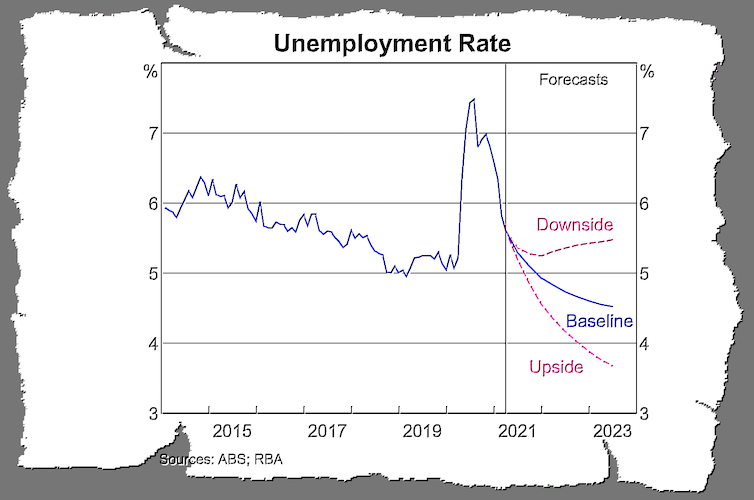 What the bank will do to help drive the upside scenario, and what else will need to happen, was laid out by Debelle in Thursday night’s Shann Memorial Lecture.

Adjectives like “seminal” are bandied about liberally these days, but for me, Debelle’s speech on Monetary Policy During COVID was a masterpiece.

He began by outlining the suite of measures the bank introduced from the beginning of the pandemic in March 2020. They involved

Debelle methodically described how each of these measures are likely to flow through into economic activity.

That is, he articulated what economists call the “transmission mechanism” — how the measures work.

As an example, the following chart he provided summarises the transmission mechanism for bond purchases. 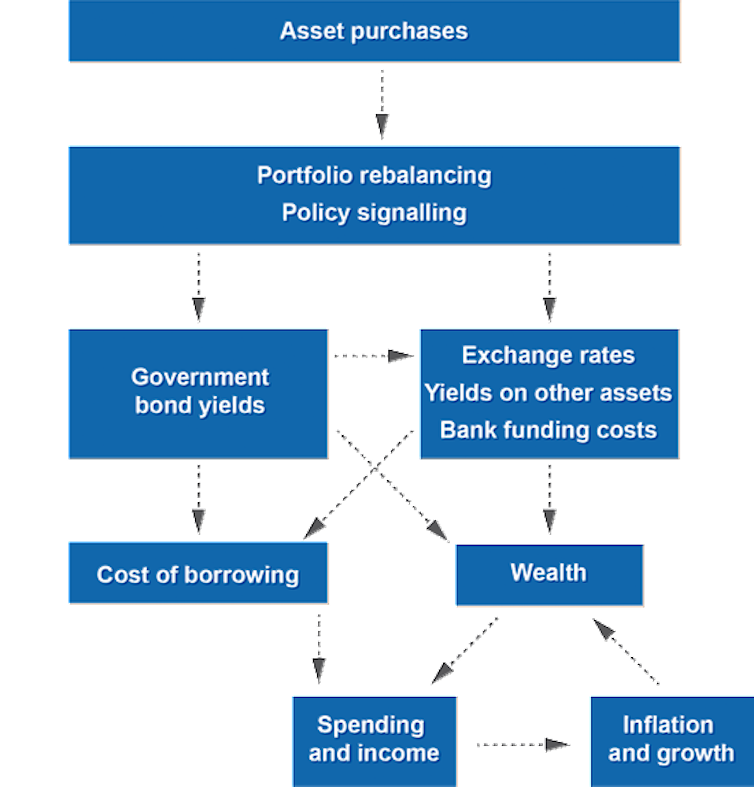 And then he delivered the setup for the punchline.

The tools the bank is using might affect all sorts of things, including house prices. But the bank plans to focus on just one thing — getting unemployment down until it gets inflation back up to its target band.

Then the punchline itself: the bank will do this even if it leads to higher house prices

there are a number of tools that can be used to address the issue. But I do not think that monetary policy is one of the tools. Monetary policy is focussed on supporting the economic recovery and achieving its goals in terms of employment and inflation

What it all means

The Debelle Doctrine is that the bank will focus on a narrow range of objectives, and will not be timid about using the tools in its arsenal to achieve them.

This may not be a seismic shift, but it is significant.

It gives the bank a much clearer focus; it gives others a much better way to judge how it is performing; and it makes clear that if the government is concerned about rising house prices, it’ll have to do something itself (perhaps by tightening the tax rules governing capital gains and negative gearing).

Debelle produced a clear, precise, and authoritative statement of what the Reserve Bank can, should, and will do.

In a word, it was gubernatorial.

Richard Holden is affiliated President-elect of the Academy of the Social Sciences in Australia.