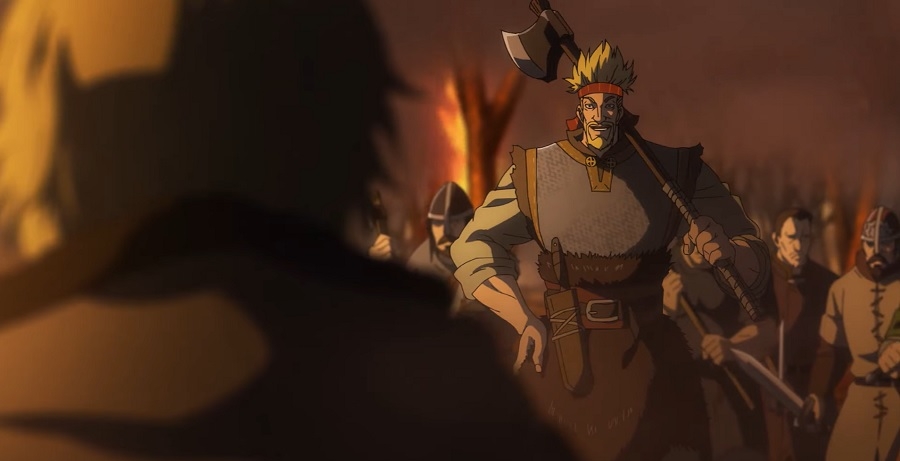 “Vinland Saga” episode 11 will offer the latest update on Prince Canute’s whereabouts. It can be recalled that he is currently a prisoner of Thorkell along with Ragnar and their priest. Is there any chance for Prince Canute to ever escape?

Thorkell’s men have proven their strength in a battle in the previous episode. They had no problem demolishing Prince Canute’s army of 4,000 soldiers, and that is why the monarch ended up being his prisoner. However, “Vinland Saga” episode 11 will feature how Askeladd and his men will outsmart Thorkell’s army.

‘Vinland Saga’ episode 11 spoilers: How can Askeladd save Prince Canute?
Askeladd made it clear in episode 10 that he has no plan on how to defeat Thorkell and his men who were previously described as each having the strength of a bear. However, Askeladd will once again showcase his wits in “Vinland Saga” episode 11. Luckily for him, another set of Danish troops will approach Thorkell and his men before Askeladd even have to make their presence known.
“Vinland Saga” episode 11 will feature another battle sequence, this time, between the Danish troops tasked to retrieve Prince Canute and Ragnar. In the manga, the commander of the troops announces he has 2,000 men. But even Thorkell’s warriors doubt that is true, especially after they easily defeat them.
Once both groups sustain casualties, it is time for Askeladd to make a move. Knowing that he cannot tackle Thorkell head-on, he uses a smokescreen that will immediately spread across the woods where the battle took place.
‘Vinland Saga’ episode 11 plot: Prince Canute, Ragnar escape from Thorkell
While Thorkell’s men struggle with very limited visibility because of the smoke, Ragnar calls on Prince Canute to escape. They will be met shortly by Thorfinn who introduces himself as someone sent by Askeladd to save them.
While walking towards the rest of Askeladd’s men, Thorkell finds Thorfinn and Prince Canute. But Thorkell will not look bothered that the prince is about to get away. Instead, he uses that encounter to happily talk to Thorfinn and reveal what he knows about his parents. At this point, Thorkell lets Canute join Thorfinn freely.