Understanding the NDIS: the challenges disability service providers face in a market-based system 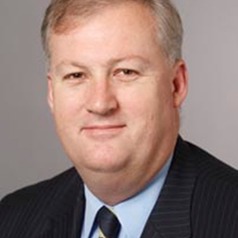 On July 1 2016, the National Disability Insurance Scheme (NDIS) moved from a trial phase to a full national roll-out. In this series on Understanding the NDIS, we explore how the scheme works, why Australia needs it, and the issues to be addressed before eligible Australians, such as Indigenous people with disability, can receive the benefits they are entitled to.

The National Disability Insurance Scheme (NDIS) has been described as the most significant social reform since Medicare was introduced. It stands to reason then, that there would be significant challenges faced with its roll-out.

The NDIS’s aspiration of providing user choice and control will create new demands for the disability services sector. Individualised funding and person-centred care is administratively more expensive and requires significant capital to allow the industry to adjust.

This means organisations need to reshape their business models, retool and reorganise in the new market-style disability service system.

The NDIS is a market-style system where government funding will no longer go directly to disability service providers, but instead to the client, who can choose the providers they want. The scheme is predicated on the idea that users should be able to move from provider to provider, receiving the services they want, and how they want them – as long as these are “reasonable and necessary”.

Historically, states and territories had their own systems of funding and contracting for services. There was a purchasing relationship between government and the disability services sector where government set the funding levels, allocated service users and described the service itself.

One of the basic tenets of the NDIS is that users gain control by having the funding effectively follow the person rather than the service provider. This essentially means disability service providers have to spend more money on marketing and administration in order to meet the challenge.

There are currently more than 2,300 service providers registered in the scheme. This number will need to grow considerably to meet demand from the projected 460,000 people who will be using the scheme when it’s fully operational in three years.

Further, not-for-profit agencies will have to spend money on IT and other systems to provide services under the new arrangements. It also means staff need to be trained to conduct their businesses effectively in the new environment.

Some investment has already been made in this direction. For instance, the Costing and Pricing Learning Program was established to train disability service providers to:

[improve] costing… pricing and cost management practice as [they] transition to a more competitive environment and respond to the demands of the NDIS funding model.

But much more needs to be done so that glitches, such as last week’s shut down of the new NDIS portal – effectively halting payments to hundreds of people with disability - don’t happen. This includes establishing customer-friendly IT infrastructure. Indeed, such restructuring requires considerable resources to be done properly, given the potential impact on some of Australia’s most vulnerable people.

At the mercy of the roll-out

Most disability services providers (like many human services providers) simply do not have the capital to meet these challenges and the government isn’t providing sufficient funding in the same way it would to other industries when they are being reconstructed.

The Sector Development Fund, operated by the NDIS, has set aside A$146 million over the period 2012 to 2018. But the fund is not targeted toward industry reconstruction but to support applicants seeking funding for specific project ideas.

Like any other sector in the economy, this one will have more efficient and less efficient organisations. Less efficient (perhaps predominantly smaller) operations will likely struggle to survive because funding is unlikely to be sustainable to support the whole sector.

It is foreseeable these organisations will struggle to recruit and maintain the necessary staffing to meet demand. If these smaller, community-based organisations close their doors, we will see the loss of significant assets and experienced staff from the sector.

Market economists may shrug their shoulders and say this is simply the nature of change, but ultimately it is the user who faces the real risk associated with this important policy implementation.

While it has been argued that whatever is provided out of the NDIS will be an enhancement to the paucity of services some people have faced in the past, this is not the right stepping off point for this initiative.

Those who rely on the provision of services by the supply side are, in effect, at the mercy of this roll-out process. They bear the brunt of poor service quality, lack of service availability and, ultimately, service provider failure.

The NDIA (the agency tasked with overseeing the NDIS), Australian governments, the supply side – whether not-for-profit or for-profit – and the users themselves, all share the ambition of a universal service and support system that meets the highest bar in terms of quality, surety of delivery and flexibility within a budget the country can bear.