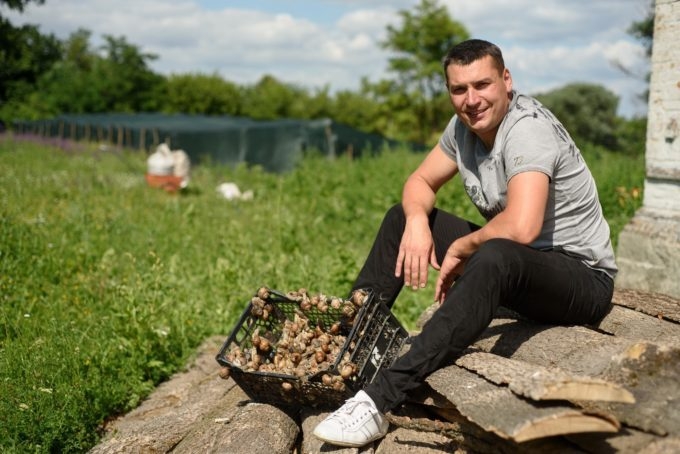 Ukraine snail farmers have lost orders from the EU due to the pandemic.

Restrictions due to the coronavirus pandemic that hampered the global food industry are threatening to wipe out Ukraine's snail farming industry.

Most snail farmers in Ukraine rely heavily on sales to restaurants in Europe, where economies struggle to recover to pre-pandemic levels after months-long lockdowns.

Lost orders from European Union countries have cost Sergiy Danileyko, who owns the Ravlik-2016 farm in Voynivka and operates a warehouse in Spain, $63,748.

Some of his snails meant for delivery are now perishing in refrigerators.

She noted that domestic sales would not make up for those from the European Union as most Ukrainians have not yet adopted the habit of eating snails and are too expensive for them.

Nastasivna added that if France and Spain go into another lockdown, the scenario becomes bleaker for them.

Ukraine's snail industry boomed before the pandemic, delivering nearly 250 tons to Europe in 2019, up from just 93 tons in 2018.

A national association of snail producers had expected farmers to yield 1,000 tons this year after producing 200 to 300 tons in 2019.

According to Nastasivna, Ukraine's snails are in high demand because of its good quality and low price.

Ukraine's main competitor is Poland, which has the advantage of being part of the EU.

In turn, Ukrainian farmers woo European clients by cutting prices by around 10 percent.