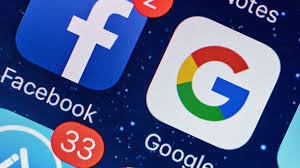 Facebook has blocked news feeds and other pages in Australia due to a dispute over a proposed law requiring it and Google to pay news outlets or agree on a price through arbitration.

The US Congress plans to introduce a series of antitrust bills that would allow smaller news organizations to negotiate collectively with Facebook and Alphabet’s Google, said Rep. Ken Buck of the House Judiciary Committee’s antitrust panel.

The legislation could boost sales in the struggling news business.

Buck said the proposed legislation would be similar to a 2019 bill co-sponsored by panel chair Rep. David Cicilline, which allowed small publishers to band together in negotiating with the likes of Facebook and Google without facing antitrust scrutiny.

He added that he wanted the focus to be on the tech giants, whom he called the biggest threat to the free market economy.

Smaller publishers have griped about their bigger competitors getting better revenue-sharing deals from Google.

According to David Chavern, president and CEO of the News Media Alliance, platforms negotiate with publishers individually and make them sign NDAs without publishers being able to compare notes.

Facebook has blocked news feeds and other pages in Australia due to a dispute over a proposed law requiring it and Google to pay news outlets or agree on a price through arbitration.

Meanwhile, Google has struck deals with news publishers in Australia, France, and other countries.

Google announced this week that it had agreed to a global deal with News Corp that involved “significant payments” to the news organization, in one of the most extensive deals of its kind.