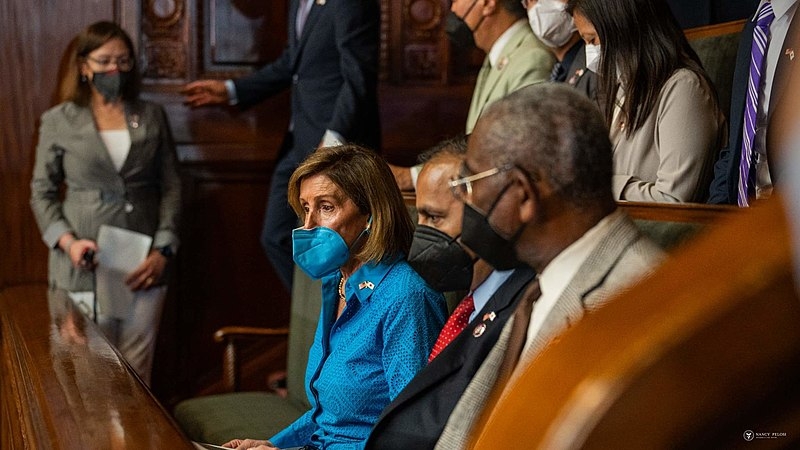 US House Speaker Nancy Pelosi said the chamber is set to pass the Senate-approved Inflation Reduction Act. Pelosi said the House of Representatives will pass the major legislation on Friday.

In a letter to colleagues, Pelosi said Wednesday that the House will pass the Inflation Reduction Act on Friday. Pelosi described the bill, which tackles climate change, prescription drug prices, the federal deficit, and inflation, as “life-changing” that would put the needs of the public forward.

“This bill makes a tremendous difference at the kitchen table of America’s families. Those of us who have been fighting from the beginning for more family provisions in Reconciliation know we must never give up that fight – and will continue it in future legislation,” said the letter.

The legislation was introduced following the chamber’s vote on the PACT Act, which would expand healthcare for veterans who develop illnesses as a result of exposure to toxic burn pits during their service.

Following the bill’s passage in the Senate, Pelosi said Tuesday that she would ask lawmakers to pass the legislation as it is without any changes.

Speaking on NBC’s “Today,” Pelosi said members of the House praised the approval by the Senate, describing the provisions on prescription drug prices as “historic” while welcoming the provisions in the bill that would tackle climate change.

Once the House passes the legislation, it would be sent to President Joe Biden’s desk for his signature to become law. Biden said shortly after the Senate’s approval that he looked forward to signing the bill.

Pelosi was also pressed on the recent FBI search on the home of former President Donald Trump and the reactions of Republicans in Congress to the search.

The FBI executed a search warrant on the former president’s Mar-a-Lago residence in Florida after Trump refused to turn over classified documents.

When pressed by Raw Story on the Republicans’ attacks on Attorney General Merrick Garland and the FBI, Pelosi said it was expected of them to respond in that manner, noting that the former president appointed the current director of the FBI.