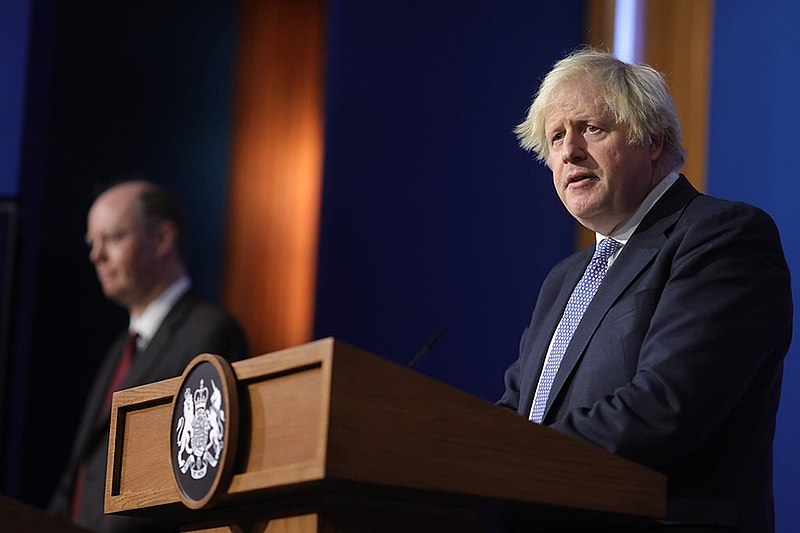 The United Kingdom’s Prime Minister Boris Johnson is now under heavy scrutiny following the large number of government resignations that were announced as of late. Reports have revealed that a group of Johnson’s cabinet ministers is set to tell him to resign as the country’s leader.

According to media reports Wednesday, a group of cabinet ministers are set to tell Johnson to step down. A report by BBC said Transportation minister Grant Shapps would lead a delegation of officials Wednesday evening. The newly appointed finance minister, Nadhim Zahawi, is also reportedly part of the group.

Despite reportedly being part of the group that will tell Johnson to resign, Zahawi told reporters Wednesday that he fully supports Johnson. According to The Times, Business Secretary Kwasi Kwarteng also told party officials that Johnson should resign.

Despite the large number of resignations amongst lawmakers, Johnson has insisted that he will not step down. In response to the calls for his resignation, Johnson said the last thing the country needed at this time was a national election.

“I am not going to step down and the last thing this country needs, frankly, is an election,” Johnson told a parliamentary committee when he was pressed on whether he would not seek to call an election instead of resigning should he receive a vote of no confidence.

Johnson also rejected the notion of voting on Scotland’s independence, saying that this was not a good time to revisit the issue. In a letter addressed to Scotland’s first minister Nicola Sturgeon Wednesday in response to Sturgeon’s plans last week for a second independence referendum that would be held on October of 2023.

“As our country faces unprecedented challenges at home and abroad, I cannot agree that now is the time to return to a question, which was clearly answered by the people of Scotland in 2014,” said Johnson in the letter published on the government website.

Sturgeon responded to Johnson’s letter on social media, making it clear that Scotland will have a chance “to choose independence - I hope in a referendum on 19 October 2023 but, if not, through a general election. Scottish democracy will not be a prisoner of this or any PM.”