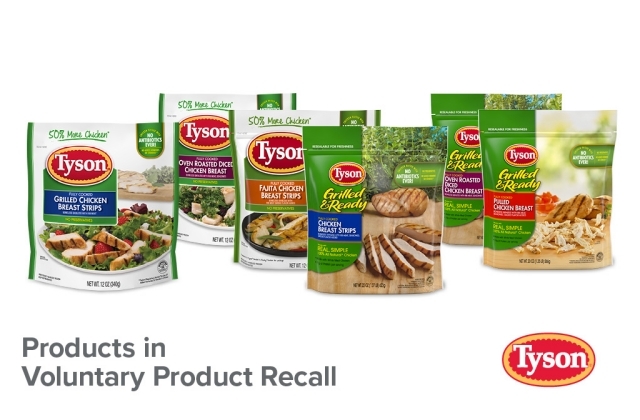 Tyson Foods recalls 8.5 million pounds of its pre-cooked chicken products after one death has been reported. In addition, three people were diagnosed with listeriosis, so the American multinational corporation based in Springdale, Arkansas, immediately issued a recall.

Tyson Foods said that the affected items are its chicken products that include fajita strips, boneless chicken, and frozen chicken breasts. They are being recalled for possible listeria contamination.

The biggest recall to date

According to The Wall Street Journal, the latest recall from Tyson Foods is one of the largest food recalls in recent years that was confirmed by the U.S. Department of Agriculture. It was added that the USDA’s Food Safety and Inspection Service stated that the affected chicken products may have been tainted with Listeria monocytogenes, so this recall has been classified to be high risk.

The voluntary recall of the processed food company was issued after the Agriculture Department received a notification on June 9 about two individuals who fell ill with listeriosis. The department investigated the case and found evidence that connected the illness to Tyson Foods' frozen chicken.

In the process of the investigation, the officials ultimately identified three cases that are linked to the affected Tyson Foods products. One of the cases was severe as it led to the death of an individual.

“Consumption of food contaminated with L. monocytogenes can cause listeriosis, a serious infection that primarily affects older adults, persons with weakened immune systems, and pregnant women and their newborns,” the FSIS stated in the announcement. “Less commonly, persons outside these risk groups are affected.”

Based on the recall notification, the recall on Tyson Foods has the establishment number EST. P-7089 that can be found at the back or inside of the product packaging. The items were said to have been processed between Dec. 26, 2020, and April 13, 2021.